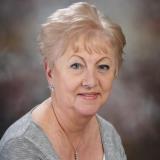 I’m delighted to welcome bestselling saga writer Lyn Andrews to the blog today. Liverpool born Lyn, an only child whose father was tragically killed on D-Day, is the mother of triplets. She is the author of 33 Sagas set in Liverpool, Ireland and the Isle of Man where she now lives. As an author of Liverpool Sagas, tell us what made you decide to write an historical?

I have always loved History, particularly the Tudor period and enjoyed reading the Historical novels of Phillipa Gregory, Elizabeth Chadwick, Anne O’Brien and decided to ‘have a go’ myself and I have to say I really did enjoy both the research and the writing.

How much did story-telling play a part in writing this more factual type of novel?

Because I have included purely fictional characters as well as Historical characters in the novel, mainly to show the lifestyle of the poor in Tudor England, I had more licence than if had stuck completely to figures from History. Having said that, I did feel that story-telling played a considerable part in hopefully bringing both Anne and Henry Percy to life.

At first glance this is a story about Anne Boleyn, but now that I’ve read it, and enjoyed it, I find it as much about Henry Percy. Tell us how you set about your research of this famous Northumberland family?

I was looking for a different angle to Anne’s story which has been written about in depth in both fact and fiction, and after the young lovers are parted I began to wonder what happened to Henry, he seems to disappear completely. There is also actually very little factual documentation of his life but the present Duke of Northumberland kindly gave permission for me to use the family’s papers which are held at the British Library. His Archivist at Alnwick, Christopher Hunwick was also extremely helpful and there are numerous books on the history of Northumberland. I also did visit Alnwick, Warkworth, Norham and Prudhoe Castles -all Percy castles- a number of times to get some ‘atmosphere’.

Anne Boleyn is not an easy woman to understand. Did you find her a challenge to write about?

I don’t think that anyone really knows the ‘true’ Anne, she’s rather an enigma, and I did find it a challenge to make her both a sympathetic character and yet keep to the documented facts. 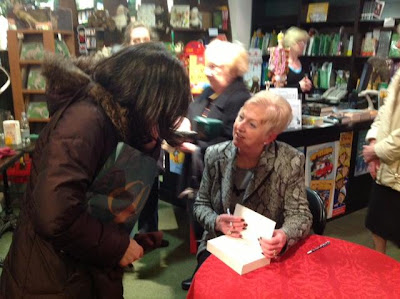 I know you work hard with your writing but what hobbies give you a break and help you relax?

I enjoy painting, water-colours mainly, although I wouldn’t say I’m very good even though my father was an artist. I only have three of his works and have stopped trying to compare my meagre talent to his – it’s depressing! I also enjoy walking, mainly on the many lovely beaches here in the Isle of Man and making sandcastles with my four grandchildren – weather permitting!

So what next, can we hope for more Tudor novels?

I’ve actually moved on and am about to start a novel on the life of Anne of Denmark, the wife of King James VI of Scotland and I of England, so it’s the early Stuart period. She was the first Queen of Great Britain and was a very feisty lady with a lot to put up with. I’ve two years to complete it as I find the Historicals take longer, not only because of the research but it’s a very different style of writing than the Sagas and of course I will keep writing my Sagas. In fact I’m just completing my next LIVERPOOL ANGELS which will be published in December.

Thank you Lyn for sparing time to talk to us today. We wish you continuing success with your books. Best wishes, Freda

The Queen’s Promise
Pub. Feb 2013
Even as a young child Anne Boleyn knows she is required to use her charm and accomplishments to advance and secure the status of her family at the Tudor court. Arriving from France as a young girl she easily captivates the young noblemen of the court, notably Henry Percy future Earl of Northumberland and, hopeful of her father’s approval Anne agrees to a secret betrothal.

The alliance will not be countenanced by Cardinal Wolsey or the 5th Earl of Northumberland Henry’s father and Henry is forced to return north, into a marriage of duty to a woman he despises and a life of keeping the peace on the wild and dangerous Border Country but he never forgets Anne or his love for her but for them both long-kept secrets could prove disastrous. 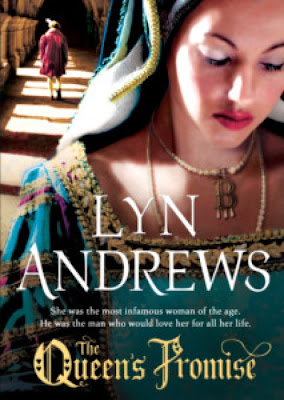 Sunlight on the Mersey
Pub. Feb.2013. 1921.
Three years have passed since the end of the Great War but life in Liverpool remains uncertain for shopkeeper’s wife Kate Mundy and her family. Rose is recovering from a recent heartbreak and is sent to work in rural Wales, she is enchanted by the nearby ‘big house’ and by David, the tragic young war hero who owns it. Iris can’t escape so easily especially when a horrifying accident changes the family’s circumstances for the worst. Ex-soldier Charlie wants to put the past behind him and concentrate on a brighter future, even if it means putting ambition before personal happiness. As they all embark on new ventures, for each romance is around the corner, but still so much to contend with in the wake of the war.

Interviews on the RNA Blog are for RNA members, although we do occasionally take guests. If you are interested in an interview, please contact: freda@fredalightfoot.co.uk

Terrific interview. I love the Tudor period, so I'll definitely be taking this on holiday!

Can't wait to read your latest, Lyn. I've loved all your other books. Thanks for a most interesting interview.

Thanks for this lively interview. You're a busy lady and your stories sound terrific.