Maureen Stenning on An Army Wife in India

We are delighted to welcome Maureen Stenning writing as Merryn Allingham. 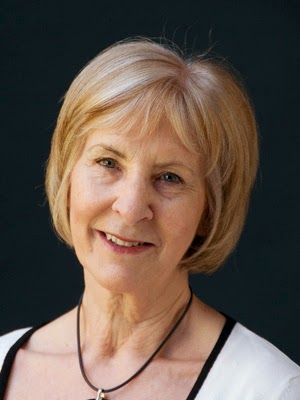 Merryn Allingham grew up reading Georgette Heyer so when she first put pen to paper, or fingers to keyboard, she gravitated towards the Regency period. Over the last few years, she has published six Regency romances under the name of Isabelle Goddard, but now has a new writing name and a new genre. Her suspense trilogy, Daisy’s War, is set in India and wartime London during the 1930s and 1940s. The first in the series, The Girl from Cobb Street, is published on 29th January, 2015.

Historical Research – Starting from the Personal

Research has always been the part I most enjoy in writing historical fiction. I usually have a comfortable ‘nest’ on which I can build, and it’s only the smaller details that I need to discover - what kind of butter churns were in use in the Regency, for instance, or whether madeleines were eaten at the time. But when I came to write The Girl from Cobb Street, my nest was bare. It consisted of one very old marriage certificate and a single visit I’d made to Rajasthan.

The certificate recorded my parents’ wedding. My mother travelled to India in April 1937 and was married in St John’s Afghan Church, in what was then Bombay. Even now India hits you in the face with its difference. But in the 1930s the journey took three weeks and most people rarely ventured far beyond their home. I tried to imagine how it must have been for a working class girl, who had never been further from London than a day at the Southend seaside, to travel to such an alien world and marry a man she hadn’t seen for six years. Out of that imagining came my heroine, Daisy Driscoll. Daisy is reunited with her lover far more quickly, but she faces many of the same hazards in settling to her new life in India.

Memories of my Indian trip and the countless photographs I took gave me the setting – the look, the smell, the colour and texture of the region. But I had no idea what it must have felt like to live in 1930s British India. My mother had rarely spoken of it. I guess she’d filed India away as a past that was no longer relevant. We were an army family, constantly on the move, and there was always another place to get used to – Egypt, Germany, Cyprus. All I knew was that she hated the curry, was terrified of frogs in the bath and loved the cool beauty of the hill station. And that her social life as a sergeant’s wife had been great fun. By the end of the Second World War, though, my father had climbed the ranks to become a captain and she was forced to become a part of the Officers’ Mess, with all its subtle discriminations. Her reaction to this very different social world was stark. She never felt she belonged and every mess ‘do’ was an enormous trial for her.

It was into this milieu that I plunged an ill-prepared Daisy. Her husband is a very junior officer but still part of a world in which hierarchy and status are all important, and where iron backed memsahibs rule. I spent weeks reading first-hand accounts of life in the Raj: a huge amount of fascinating material most of which, readers will be relieved, plays only a minor role in the trilogy. Army life, at least in India, was narrow and insular, the main topics of interest being sport and gossip. Intellectual discussion was largely absent. The occasional Gilbert and Sullivan musical evening was about as cultural as it got. Some of the women were highly intelligent but had to pretend they weren’t, and I felt genuine sympathy for them. Admiration, too, for their fortitude in making a home often miles out in the bush, coping with the intense heat and the disease, bearing children and seeing them die.

Their attitudes to the colonised, however, though orthodox for the time, made me cringe and I couldn’t let Daisy share them. So I read on – trying to get a handle on the political situation in the late Thirties, when Europe was threatened by war and Indian nationalism sensed an opportunity to throw off the yoke of empire. Daisy’s sympathies were clearly going to lie in this camp, so for all kinds of reasons she was never going to fit the world into which she’d married. Add a deceitful and desperate husband, and you have the seeds of disaster. In comparison, my mother’s marriage was blissfully uneventful!

What an interesting nugget of history, Maureen. Thank you and good luck with The Girl from Cobb Street

This is fascinating, Maureen - thank you.