Romance AND Suspense with Vonnie Hughes

Today we welcome Vonnie Hughes - all the way from the Antipodes. Vonnie was born in New Zealand and now lives in Australia. 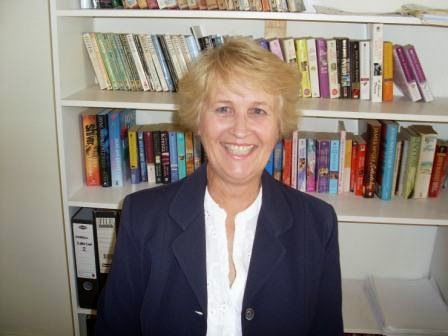 As a child she won several writing competitions. She won a pony once but her parents encouraged her to take the substitute prize. After all, there’s not a lot of room in utopian suburbia for a pony.

After attending teachers’ training college where they encouraged her writing, Vonnie began writing in earnest – poetry and short stories mainly. Now she writes novels and novellas in the Regency and contemporary suspense genres. She will, she says, probably write until the day she dies. Like many writers, some days she hates the whole process, but just cannot let it go.

I asked Vonnie a few questions:

I believe you haven’t always been a career writer. Can you tell our readers what brought about the change in your career?
I’ve always been a writer, just not a full-time writer. As a seven year old I won a writing contest to name a pony and I’ve been writing ever since. At first it was mainly articles and poetry. In my early fifties when I became a self-employed researcher with a houseful of overseas students, I needed a break from real life and began to write Regencies. As the Regency market has become more and more crowded, my stories are seguing more into the Victorian era. (I’ve been reading in that era since I was eleven years old and I love the sense of order and responsibility). But my preference is for writing contemporary suspense novels where I can indulge my love of convoluted plots and forensic clues.

I see from your website that you’re a ‘panster’. How does this work in conjunction with writing suspense? Don’t you need to know beforehand where your story is going?As for being a pantser and knowing where my plots are going – I think about my books for some weeks. Then I do a very small outline of the story generally, about five or six sentences. But the real planning comes from the characterisation. I spend a lot of time working out the characters’ backgrounds, motives and the likely consequences of their behaviour. Then I jump into writing the book. But I never do chapter plans or story arcs. Just go where it leads me.

Writing any period novel must entail considerable research. Is it something you enjoy and do you have any methodology?
As for the research for my historicals, I have to admit I have a LOT of hard files which I’ve compiled over the years. They contain things like bridge building in Britain, the slums near the Thames, maps of old roads etc. Also I belong to Beaumonde, a chapter of the Romance Writers of America and their archives are amazing.

Do you have a typical day?
I have no typical writing day. I write every day, but sometimes for no more than an hour. Sometimes I get restless and bored so I relax by walk/jogging with the dog, going to the gym and reading, reading, reading.

Innocent Hostage was published in December 2014. Is its successor in the pipeline?
At present, although I am part way through another New Zealand set book about a negotiator with one of the Armed Offenders’ squads, I also got started on an idea put forward by The Wild Rose Press about a mythical town in Maine called Lobster Cove. Since I’m not American I had to do some intensive research.  At the request of the Carmichael family’s accountants, their son takes over a lobster packaging business to investigate the reasons behind a consistent drain on the company resources. At the same time he is coming to terms with the fact that he is adopted and that at least one of his natural parents comes from the little town of Lobster Cove. 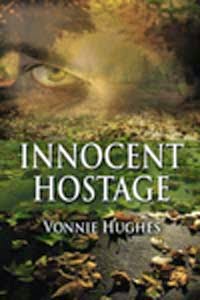 Innocent Hostage is published by The Wild Rose Press in both paperback and e-book form. In an Alice in Wonderland world where everything is tipped upside down and every value questioned, how do you save the innocent? Two years ago, Breck Marchant handed his son, Kit, over to his ex-wife, Tania, even though it tore him apart. She knows all about kids. Thanks to his own upbringing, he hasn’t a clue. But when the boy is held hostage, Breck steps up to the plate.

It's been lovely talking to you, Vonnie. Thank you.

Thank you for having me Elaine and Natalie.

I love Vonnie's books, although I fear I've fallen behind a bit! Her characters are always well-rounded, and her period settings come across as totally authentic.

Vonnie, I completely understand how you don't plot but you plan. It's a bit of a road trip. We know where we intend to go, but we never know what will happen along the way.
:-)

Great interview, Vonnie. I love how you never have a typical day.

Thanks everyone. And hey Kathleen, you know I have a thing about your books - love that Jesse.

Enjoyed your interview, Vonnie. I like learning new things about my favorite authors. Congrats on the two new WIPs. Looking forward to reading them.

As one pantser to another, I like your method, hehe. Quite similar to mine, though I do pause after every few chapters and have a think.

Good luck with your recent release - many sales to you!

Love your 'typical' day, Vonnie! Funny how people romanticize what authors do during the day. Kudos for a great interview and best wishes for bestsellers! Cheers!

Enjoyed the interview. Always curious how others approach writing. I love NZ and Australia. Would love to live there.

Great interview, Vonnie. I love the details too. Best luck. :)

Lots of great people out there, aren't there? Thank you all.

All right, Vonnie. Spill it. What did you name the pony? And what was the alternate prize? What could possibly be better than a pony?

Uh...embarrassing, Helen and Lorri. The Milo company were sponsors to I umm...was very commercial and named the pony Milovely. (I'd just heard about Milady). Second prize wasn't much. Such a small amount of cash that I can't remember how much. By a twist of fate, we are about to take delivery of a rescue cat named Milo next week.

I will be looking up the 'Beaumonde ' Vonnie. Enjoyed the interview and good luck with the new release.