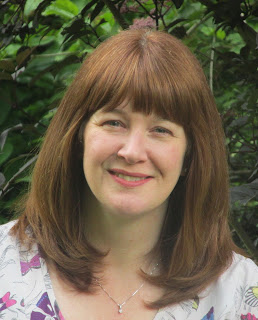 Welcome to Emma Davies, one of the talented contenders for this year's Joan Hessayon Award and graduate of the RNA New Writers' Scheme. Thank you for answering our questions, Emma.

How long have you been writing? Is this your first published piece?
I’ve been writing on and off since my early teens. Having been born almost with a book in one hand, writing became a natural extension of my love of reading, and an early career in bookselling sparked my interest even further. Like a lot of writers, I’ve got several books hidden away in drawers which will never see the light of day, but Letting in Light is my first published novel.

How many years were you a member of the NWS and did you submit a manuscript each year?
I only joined the NWS last year, and so Letting in Light is the only work I have ever submitted through the scheme.

What came first, agent or publisher?
Amazingly they both came within days of one another. I received an email out of the blue from my agent last August, saying that she had noticed how well Letting in light was doing (I had originally self-published it), and having read it, was keen to talk to me. While I was still getting over the shock of this (and a very exciting telephone conversation), two days later I received an email from an editor from one of the big five publishing houses with a very similar message. I met both agent and editor in back to back meetings on an unforgettable day in London, when I also learned from my agent that she already had firm interest from Amazon Publishing. After discussion I decided to accept the offer from the Amazon because this was for a re-release of Letting in Light and also the second book which I was already working on. However my agent is still in contact with publisher number one, as what they had in mind is a very different type of project. I still have hopes therefore that this will also come to fruition at some point in the future.

If you do have an agent who is it that represents you?
Peta Nightingale of LAW Agency.

How did you find your publisher?
Oops, already answered this one above.

Do you have a contract for one book or more?
My initial contract was for two books.

When was your book published?
As mentioned previously, Letting in Light was originally self-published, but after extensive edits the re-released book will be published on the 14th June this year.

Tell us something about your book
The beautiful, but crumbling Rowan Hill Estate means many things to many people, but to Ellie Hesketh it represents a new beginning. However, Ellie is not the only person for whom Rowan Hill is a refuge… There’s Will, damaged and complicated, whose secrets almost nobody knows. And Finn, his brother, who’s finally decided to stop running from his own past. By turns heartwarming and heartbreaking, this is a story of friendship, forgiveness and unexpected romance that reveals the lies we tell to hide dark secrets – and what can happen when we dare to let in a little light.

What are you currently working on?
I’m just about to start the edits for book two for Amazon, not quite a sequel to Letting in Light, but one which also has Rowan Hill as its setting. As I also combine self-publishing with traditional publishing, last October I released a novella called Merry Mistletoe, which was set on an orchard deep in the Herefordshire countryside. I am currently working on four more novellas in this series, each having a stand-alone story, but each also continuing the journey of Freya and Sam, my characters from Merry Mistletoe, as they set about restoring Appleyard Orchard.

What piece of advice would you give current members of the NWS?
Be a sponge. Soak up all the great advice that there is on offer, and see joining the NWS as the first step on what will hopefully be the most exciting journey of your life. Make the most of the opportunity by talking to as many people as you can, either in person at some of the great events (especially the annual conference), or on social media; they have so much to offer, but very importantly will also give you the confidence to start viewing yourself as a writer. Until you take yourself seriously no-one else will, and the NWS will give you the ability to do just that.

Thank you, Emma, we hope you have a fabulous evening at the RNA Summer Party and good luck with your writing career.

Hi Richard, thank you! Am looking forward to meeting you too, and to catching up with all my other friends on the night.

Thanks so much for inviting me to take part in the blog. I've really enjoyed reading the other posts and comments; our journeys are all so fascinating!

Great interview, Emma, and wish you well with your writing. Have a great party night - all the best, Julie.