This year’s shortlisted novels include space adventures, timeslip, and a ghost story, and include two independently published novels. 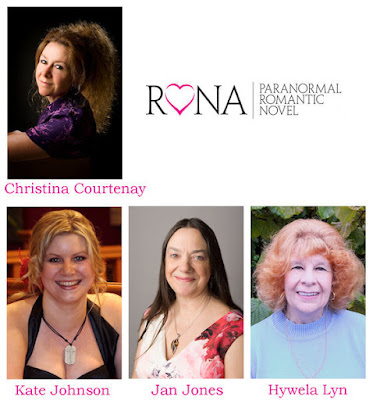 The Velvet Cloak of Moonlight by Christina Courtenay, who is also nominated in the Young Adult Category writing as Pia Fenton, is a timeslip tale.  During a visit to Raglan Castle, an extraordinary hallucination transports Tess to seventeenth-century Wales and a castle on the brink of a siege. Even when she leaves Raglan, the strangeness continues as her life becomes increasingly intertwined with her visions. But are they just telling their own story or also giving a warning?

We asked Christina about the inspiration behind the story:
I’d wanted to write this story ever since the first time I set eyes on Raglan Castle – about eight years ago when I moved to Herefordshire.  It’s a wonderfully atmospheric place and even in its present ruined state, it is beautiful.  Once I started to do the research for the book I was even more intrigued when I found out about the final siege during the English Civil War in 1646, and the way the inhabitants tried to defend the castle even though their cause was, to all intents and purposes, already lost.  It was a story that just cried out to be written and I’m so pleased it’s finally in print and that the readers liked it.  I really hope I’ve done the place justice!

Kate Johnson’s Max Seventeen is set in an imaginary space world where we meet the character Max.  She’s on the run. From jail, from hunger, and from hard labour.  Riley is running. From shame, dark secrets, and the Service which he’s just absconded from. The starship Eurydice could be their salvation, but Captain Orpheus could betray them both. When a terrible plot is uncovered and loyalties are tested, Max and Riley face losing everything.

Max is a real kick-ass character; we asked Kate where the inspiration came from for this strong female protagonist?
A year or two ago I bought a geek t-shirt (I have so many of these) which featured characters like Hermione Grainger, Mulan, Supergirl & Princess Merida, and it bore the caption: ‘She needed a hero. So that’s what she became.’ Now, I’ve been writing pretty strong female protagonists for a while but that line stuck with me. Why write a woman who needed saving if she couldn’t damn well save herself? Why not write a woman who rescued other people, too? Could I write a heroine who was also a hero? That’s why the working title of Max was ‘So That’s What She Became’ and that’s why I also coyly didn’t actually give away the gender of either of my protagonists until they met each other. Because as Terry Pratchett once wrote of one of my favourite characters: “She doesn’t stand around screaming. She generally makes other people do that.”

An Ordinary Gift by Jan Jones is an enchanting ghost story following the story of music manuscript specialist Clare, who determined to put an unhappy love affair behind her, moves to Ely in the Cambridgeshire Fens to catalogue an early music library. But why does the house she rents in this ancient city feel so familiar? Who is singing Gregorian chants only she can hear? And then there are the pockets of terror...

Readers found the novel’s setting very atmospheric; we asked Jan more about the location of An Ordinary Gift and how the novel came to life:
I live near Ely and visit the town frequently. The first time I went to the marvellous Topping & Co bookshop there, I knew I had to use the interior in a story. It became the early-music manuscripts library in An Ordinary Gift where my heroine works.
An Ordinary Gift started life as a four-part Woman’s Weekly serial. I then added more characters, another couple of plot strands and, of course, romance to bring it up to the length of a short novel.

Beloved Enemy by Hywela Lyn is another space adventure which follows the story of Kerry and Cat, who when marooned on an inhospitable planet need to work together to stay alive, fighting not only unknown assailants, but their growing attraction. But how can they learn to trust each other when he has vowed never to get close to a woman again, and she’s made a solemn pledge to destroy him?

We asked Hywela to tell us a little more about how she came to write this book:
I’ve always been fascinated by the stars and the idea of space travel, so writing Science Fiction romance seems very natural to me. The hero of this book, Kerry Marchant, was an important character in the first book of the trilogy, Starquest.
I felt he’d had something of a bad deal and so did he, for he kept nagging me for his own story – and the result was Beloved Enemy. I hope readers grow to like my ‘tortured hero’ as much as I did. 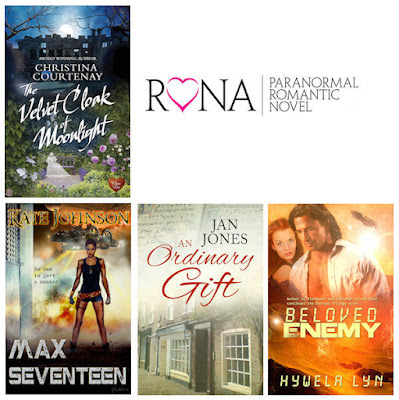 Posted by Elaine Everest at 8:00 AM