Lost and Found in Translation 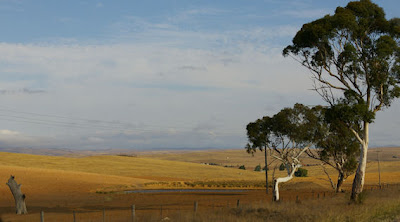 Janet Gover regales us with tales of translation trials....

I grew up in the Australian Outback. Well… we did have some trees, and it rained more than once a year, so I guess technically, it was the bush, not the outback.

After a couple of years in Hong Kong (where I met an Englishman) I moved to West London, whereupon I found myself surrounded by the strangest things.

A car boot sale? I'd never heard of such a thing.

Bread sauce – was my mother-in-law crazy? You don’t make sauce out of bread!

And why wouldn't the stores sell me a doona or a refidex?

I learned to translate. I bought a duvet instead of a doona, and a road atlas instead of a Refidex. At the same time, these differences started to inspire my writing. It's amazing how interesting the commonplace can be to a stranger. 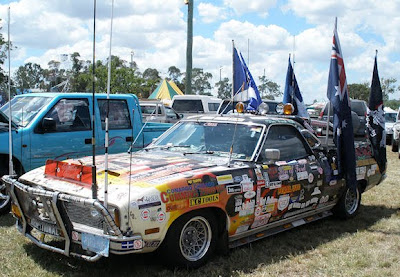 Editor: What is a feral ute?
Janet : A sort of flat tray work vehicle – a bit like what the Americans call a truck, but smaller, covered with lots of stickers from B&S Balls.
Editor : And B&S Balls are..?

….. and so on. (For the answer – you'll have to read my November release The Bachelor and Spinster Ball)

It never ceases to surprise me that so many things I take for granted are apparently out of the ordinary. Don't people spray food dye out of their mouths at country dances in the UK? I guess not.

As the books sell all over the world, including Australia, the challenge for me is getting the Australian setting right – using the right language – but at the same time not confusing a reader who might have trouble picturing a person with thongs on their feet. (If you are from the UK, think of flip flops.)

I now divide my time between two places, both of which I call home. Each time I get of a plane (at either end) I see new things, however small, which delight me, and it's not long before I start thinking… what if? At that point, there's a scene in a book not too far behind. 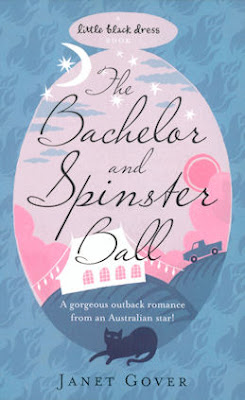 Janet's latest book THE BACHELOR AND SPINSTER BALL is out now.
Posted by Unknown at 9:15 AM

Yes, unexpected cultural differences between English speakers can make for some fascinating misunderstandings...

Looking forward to The Bacherlor and Spinster Ball and more on the Australian Outback -- no, um, the bush. Does the heroine wear thongs on her feet? I can just imagine a Cinderella plot when she loses her thongs, and the footmen are sent around the kingdom to find a woman who fits into the thongs...

Monica...
I chuckled. What a fabulous image!
Of course, in my mind, the Prince is wearing an Akubra hat, rather than a crown...
Janet