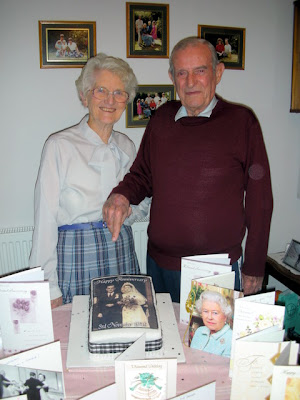 When Mary Nichols submitted her first novel to the RNA New Writers’ Scheme, it was returned by Miss Helen McGregor, the fierce publishers’ reader who then ran the scheme, with ‘This is not a Romance’ the first point in her dense, handwritten notes. Mary remembers, ‘They were very difficult to read because she wanted to keep her comments to one page, so she used the margins. One had to keep turning them round!’ She adds wryly, ‘I later (much later) sold it to Robert Hale who called it a delightful romance.’

Her second attempt, The Poacher’s Daughter, was turned down also. Orion published that one, too, many years later and much re-written, as a saga. Then in 1985 Mills & Boon bought an historical romance, her first love, and she has been writing for them ever since.

Mary says she is addicted to writing. (Her first novel was written while her parents thought she was revising!) She has published more than forty books, including a biography of her beloved grandmother, sagas, and a mainstream novel set in the twentieth century. And she did it while running a day job and caring for her husband and three children, now joined by four grandchildren and one great-granddaughter. Oh, and she plays golf. Multi tasking? Piece of cake!

Then, this autumn, all this industry caught up with her and she found that she had three books, from three different publishers, coming out in the space of six weeks. Did she say, ‘Who’s the bozo with big bean, then?’ Did she even say, ‘All that work was worth it’? She did not. She said, ‘Greedy, or what?’ (And that’s another reason why she is an RNA Treasure.) And it’s her Diamond Wedding on November 3rd. 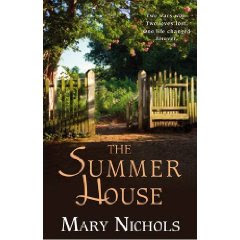 First out of the trap was The Summer House, published by Allison & Busby in August 2009. It is a two-generation story that embraces two world wars, a lost baby and a secret love affair and it had one reader ‘crying my eyes out before I’d finished the prologue’. But don’t worry. It has a thoroughly satisfying ending. 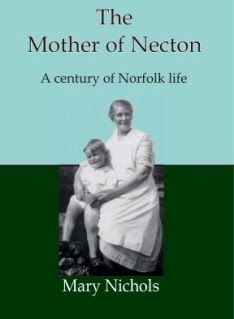 Then came The Mother of Necton, subtitled a century of Norfolk life, published by The Larks Press. These days Mary lives in Ely, just over the border from the village where she used to stay with her beloved grandmother, Eliza Ong. Eliza moved to Necton when she married in 1904 and eventually became the much loved village midwife. This is her story. But it is also the story of the trials and deprivations of a rural community in the twentieth century, through the first World War and the Depression, then the second World War, post war austerity and beyond. 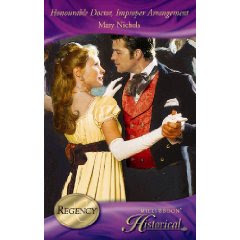 And then a novel in her favourite Regency Romance form, is given an original twist in Honourable Doctor, Improper Arrangement published by Harlequin Mills & Boon in October 2009

Advice for new writers, who have not yet made their breakthrough to print? She says follow her example: keep your rejected works and cannibalize them for other books. ‘I hate to waste what has taken hard work to produce!’

Mary says ‘I am not happy if I haven't got a book on the go and if my readers enjoy what I have written, that is an added bonus.’

What a lovely post, Jenny. Thanks for sharing Mary's wonderful career. And golly, is that a wedding anniversary card from HM?

Congratulations, Mary, on your anniversary, and also for the multi-publication! You are an inspiration...

A lovely post! Many congratulations, Mary. And Mary's not only an RNA Treasure, she's a Cambridge Chapter Treasure and and wonderfully supportive friend as well.

And, is it me, or does anyone else think that the heroine on the cover of the M&B looks just a little like our Hon.Treasurer?

Gosh, Louise! You're right! Has our esteemed treasurer gone in for modelling these days?

Congratulations, Mary, on everything. What a treasure to be sure. And I used to live near Ely, too!

Hear, hear - Mary's definitely a treasure (and her Necton book is fabulous). Can't wait to read The Summer House, too.

Congrats, Mary - and thanks for the lovely post, Jenny.

Really enjoyed Mary's life/writing story. She's definitely a treasure. And she writes lovely books too! What more can you ask?

What an inspirational lady.

Those three books are all so different, but each one is very tempting. I think I'll have to make a trip to Amazon right now.

Er - v. flattered, but no haven't started modelling for historical covers. But if I had, I'd have made a break for it with that gorgeous chap. He's scrummy.

I have just seen all these comments and am overwhelmed by everyone's good wishes. Thank you all and esp. Jenny, whose idea it was, and Liz, who put it up. Yes, it is a card from HM. The picture on the cake, (funny you can't see the knife!) is made of icing and we ate it!
Love to you all.

I am 'anonymous' because the blog won't accept me any other way. Don't know why, probably because I haven't signed up. I meant to put my name on the message but you knew it was me, didn't you? Mary.

What a wonderful career, Mary. Congratulations.