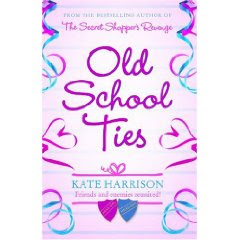 Kate Harrison is the author of six novels, including The Secret Shopper Unwrapped. She lives in London and Spain, blogs at Chicklit Work In Progress and Read Like A Writer and her website is Kate Harrison. She shares with us the experience of rewriting her first published novel:

In the last seven years, I’ve written approximately 800,000 words of fiction. Actually, make that more like a million, by the time I’ve edited my novels with the savagery of a butcher with severe PMT.

I’d like to think I’ve learned a few things over that time, but I didn’t really given much thought to what, until my publishers said they’d like to relaunch Old School Ties, my debut novel.

That book, inspired by the Friends Reunited school reunion craze, follows the supremely bitchy Tracey, who believes herself to have been the most popular girl in the school – until she organises a big bash and finds most of the guests are keener on revenge than reunion. I wrote the novel very quickly – it took three months, plus one more for editing – and after the usual newbie writer’s round of rejections, I won a competition, a publishing deal and an agent. To say I was excited is the understatement of the millennium. 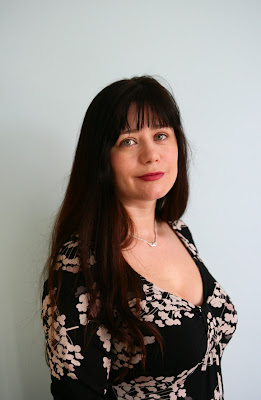 Old School Ties was picked for the WH Smith Fresh Talent selection, which was hugely encouraging for me. And it went on to sell in respectable numbers, though certainly didn’t hit the bestseller list. So in one way, the idea of the book having a second outing was an appealing one...

And yet the thought terrified me. In the end – and against the advice of almost all my writer friends – I asked my editor for the chance to rewrite it before publication. She said yes, I gulped. And then I avoided re-reading the book for as long as I possibly could.

I’ve never read my novels again after publication, on the grounds that I would hate to spot stuff I’d like to change when it’s too late. But this time, I had the chance to rewrite if not history, then the story itself. More than that. I felt I HAD to rewrite – it wouldn’t be fair to republish the book and expect people to pay good money for it unless I had a chance to apply what I’ve learned in the six years since I was first published.

Finally, I had to dive in. It was peculiar to read it in book form, and gave me a distance I needed. Alas, I also cringed. I spotted over-writing, incomprehensible similes, moments when characters said things no one would ever say in real life. Before I started re-reading, I’d hoped that the solution would be simple: that I’d just want to rewrite the last chapter, or remove a scene or two. Instead, I made thousands of tiny changes, and a few major ones. But I hope that the spirit of the book, the quality that my first publisher and agent recognised, is still there. Tracey, my ‘anti-heroine’, is still a bit of a cow (or a lot of a cow, depending on how far you can empathise with her struggles) – and I haven’t added any sumo wrestling or grisly murder sub-plots. It’s a bit like the ‘director’s cut’ – well, if the director had been new to the business when the film was first made, and then went back to it with a more vicious cutting edge.

There’s a theory that to master any art or craft – music, painting, writing – one needs to spend 10,000 hours on it. link here and here This works out at eight hours per weekday for five years. I haven’t kept a timesheet, but I would say I’m approaching that now. I wouldn’t say I’ve mastered fiction by any means, but I find out something new about craft or story-telling with every book. I definitely edit far more now than I did at the beginning.

So apart from being more of a devil with the delete button, what exactly have I learned over the last six years? I think the single thing I’m clearer about now is the need to create an emotionally satisfying journey for the reader. When I first wrote about Tracey, I believed that for the most part, people didn’t change significantly – which, I realise now, fundamentally misses the point about fiction, which is that it is all about change. ‘Emotionally satisfying’ in women’s fiction doesn’t necessarily mean a trip up the aisle (or even up and down the aisles of Selfridge’s), but it does need to have some form of redemption or resolution – a sense that the story tells us something about human nature, and perhaps about ourselves, even if it’s just that we want to laugh in the face of adversity.

It might surprise some people that a writer in a genre that’s often derided as ‘dashed off’ or ‘written to order’ would bother to go back to a first book. Maybe I’m crazy, or a perfectionist – most likely a combination of the two. I’ve tried my best to make it a more enjoyable book, which is what I think all readers owe writers. Author and former editor Harriet Evans wrote an interesting blog this week on how women’s fiction is perceived and reviewed – and the comments that follow certainly prove that you can’t please all the people all the time. guardian books blog

But we can do our best in our chosen field – and in commercial fiction that means trying to tell the story in the most satisfying, entertaining way possible. Every edit brings something new to a manuscript – and while I wouldn’t necessarily recommend leaving six years between edits, it’s a salutary reminder that a writer’s work is never done... 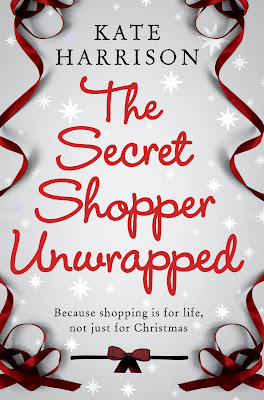 Hi Kate, great post. I'm curious about why your writer friends advised against a rewrite.

I'd also like to know if you would do it again now that it's over.

Hi Jenn,
Thanks for commenting - I think they advised against it because it would be opening a can of worms... and most writers do like to move forward, not back.

But I am glad I did it, even though it was painful. I didn't think it was right to leave it as it was, really, because I am a slightly different writer now, maybe and so I wanted to reflect that in my book.

Having said that, I wouldn't be in a big hurry to do it again. It's more fun to write a new book!

Really interesting post. I just commented over on your blog that I read your novel all those years ago and loved it, but I agree that the more writing you do the more you learn, and I'll be interested to read and compare the 'new cut'!

Hi. I'm an author of a first published book. It took me two years to realize that my published book didn't quite look so appealing to me. I also had a distinct feeling that the book I wrote was a 'flop'. I canceled the contract with my publisher with the hopes of rewriting my published novel. I had several people buy my first novel and am wondering now if I'm doing the right thing even if I'm rewriting my manuscript. The title: Forceful Persuasion published by publishamerica and will not be published by them again. I've learned my lesson. They rushed me to get it out without corrections. So, I've learned a big lesson and I hope the rewrite's accepted by another publisher. I read your article about rewriting your novel being published. I think it's a great idea. I only hope the readers I attracted aren't too upset by this new novel.