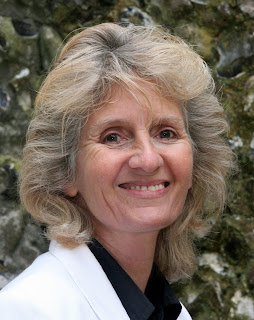 Jenny Barden is an artist-turned-lawyer-turned-writer who I am delighted to welcome to the blog today. She claims to have had a love of history and adventure ever since an encounter in infancy with a suit of armour at Tamworth Castle. Jenny has four children and lives in Hertfordshire with her long suffering husband, a loving Labrador and a deadly Bengal cat.

I believe Mistress of the Sea is your first novel. Do tell us what inspired you to write it.


Travels in South and Central America led me to Francis Drake and his little known first great enterprise: the attack on the Spanish 'Silver Train' in Panama. This episode was so fascinating I thought it would make a terrific backdrop for a novel. It has all the classic ingredients for a great adventure: an exotic setting, a leader who rose from obscurity to achieve great fame. To my mind, the one ingredient this true story lacked to make it utterly compelling was a love interest, and I provided that by introducing my fictional characters, and in particular my heroine, Ellyn. It was great fun imagining how this episode might have played out had a woman been involved.


What is it about historical fiction, and this period in particular which grips you? 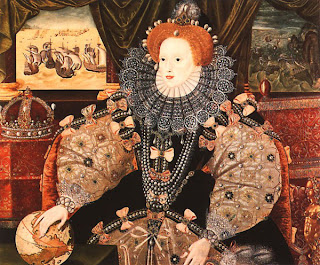 I love historical fiction because it doesn't date. This might sound strange, but consider the constraints upon those who write contemporary fiction. They must always be bang up to the minute with the latest fashions, idioms, technology and trends - almost anticipating what will happen because when their work is eventually published, probably a year or more after it's actually written, it has to seem just right to the readers of the future, happening in the 'here and now' and relevant to what's going on; that's very hard in a world that's changing ever faster. There are no such difficulties with historical fiction. The history provides a wonderful framework upon which to hang stories that have the potential to be timeless.

What particularly attracts me to the Elizabethan period is that it was our Renaissance, the time when England began to become a significant player on the world stage, one which saw a flowering of art and culture: the age of Shakespeare and Bacon, Raleigh and Hilliard.

Do you research before you start, as you write, or both? 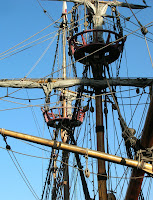 The relationship between research and storytelling in my work is symbiotic. A huge amount of research comes first - I would not dream of writing a story and then trying to tack that back into the past retrospectively. For me, the story evolves from a consideration of what actually happened, but then writing the story helps me better understand the research!

Before I begin writing, I like to read all the key texts, do as much investigation on the ground as I can, plan carefully, and draw up a detailed outline in which the relevant history is summarised alongside my ideas for the story. But as I write I invariably find that more research is needed of a more detailed nature and that will usually send me back to the texts again - or on another journey!

My bookshelves are full of reference material for this purpose, some of it quite obscure. (An example is: Ships' Bilge Pumps - A History of their Development, 1500-1900 - I shouldn't think that appears in many bookcases!)


Is this fiction based on fact? Are there any real historical figures in your story and if so, did this create any problems?

My fiction is based on fact featuring real historical characters, but I made the decision early on that my central characters would be invented to give me greater freedom to tell a good story rather then limit myself to retelling the history. Francis Drake is a key character in Mistress of the Sea, but the core romantic adventure does not revolve around him. I've been careful to be true to Drake, the man, as I found him in the contemporary accounts, often using his actual words in dialogue. But I've also had the luxury of being able to tell the story of Will and Ellyn without having my hands tied. 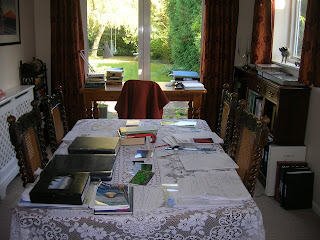 It's good to see not everyone works in an office. Do you have a critique partner, or share your work with anyone before you submit to an editor or agent?

I had two good critique partners (male and female) who helped me hugely in getting MISTRESS OF THE SEA to a presentable state before submission to my agent. I've also had the benefit of an excellent writers’ circle - Verulam Writers. I was also very fortunate in getting two incisive reports under the NWS and, while Mistress of the Sea never made it to a second read, I did have the benefit of these critiques and I was very careful to take on board the points made.


I love this picture of you signing books on board The Golden Hinde. I also know that you are very involved with the Historical Novel Society, can you tell us something of that? 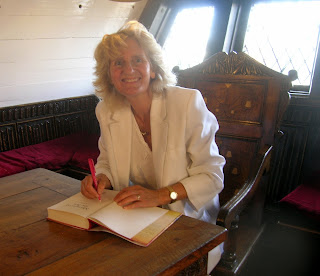 The HNS is a wonderfully helpful global organisation, with around 1000 members, that exists for all those who love historical fiction, both writers and readers. And it has an open door policy, being completely non-selective. My involvement came about due to my co-ordination of the Get Writing conferences for Verulam Writers and, having seen my work there, Richard Lee, founder and chairman of the HNS, asked whether I'd help co-ordinate the next UK HNS conference. Together with the team of sixteen (amongst whom are many RNA members) I've helped set up HNS London 2012. The conference will be held over the weekend of 28-30 September in Regent Street, London, and will feature some of the leading names in HF internationally (including Philippa Gregory, Lindsey Davis, Bernard Cornwell, Margaret George, Elizabeth Chadwick and CW Gortner amongst many other great authors and industry leaders). There are already over 270 booked to attend so the conference looks set to be a stomping success!
http://www.hns-conference.org.uk/

Music is very important to me but, alas, I find I cannot write with music playing (though, oddly enough, I can paint while listening to music and find it almost essential to that process). So I listen to music while I'm doing other things and thinking about my writing - typically driving, gardening or just doing the housework - and while I'm listening I can really get myself into the mood of a particular scene. Sometimes the music is in period (Tallis and Dowland are favourites) but quite often it will only be indirectly related.


What event in history would you most like to have witnessed in person? 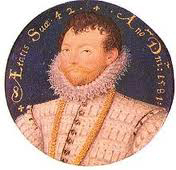 Being with Francis Drake, on the Golden Hinde, when he returned to England after his circumnavigation of the globe. I would love to have been amongst the privileged few at that time to sail right around the world. Not only did Drake and his crew know that they'd achieved something truly remarkable, but they had a ship stuffed full of treasure to boot. They were made men both in fame and fortune, and they would have seen things that no one else had before and few would ever see again (sounds like rich material for another book!).

My next novel is about the first English attempt to found a permanent settlement in the New World, one involving women and children that had the potential to be self-perpetuating. It's another fabulous true story around which I'm weaving a fictional romantic adventure. 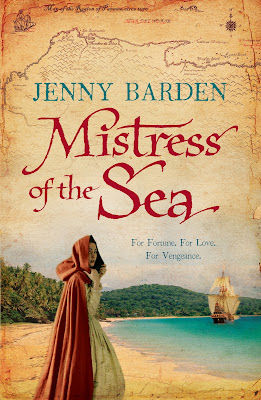 Plymouth 1570
Ellyn Cooksley fears for her elderly father's health when he declares his intention to sail with Drake on an expedition he has been backing. Already yearning for escape from the loveless marriage planned for her, Ellyn boards the expedition ship as a stowaway. Also aboard the Swan is Will Doonan, Ellyn's charming but socially inferior neighbour. Will has courted Ellyn playfully without any real hope of winning her, but when she is discovered aboard ship, dressed in the garb of a cabin boy, he is furious.

To Will's mind, Drake's secret plot to attack the Spanish bullion supply in the New World is a means to the kind of wealth with which he might win a girl like Ellyn, but first and foremost it is an opportunity to avenge his brother Kit, taken hostage and likely tortured to death by the Spanish. For the sake of the mission he supports Drake's plan to abandon Ellyn and her father on an island in the Caribbean until their mission is completed. But will love prove more important than revenge or gold? Published by Ebury Press, Random House, and released in hardback on 30 August 2012 with the paperback to follow.


Thank you for sparing the time to talk to us today, Jenny, and we wish you every success with the book.