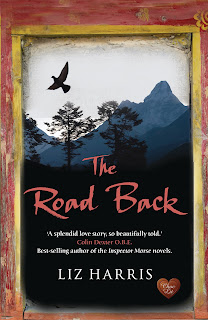 Liz Harris THE ROAD BACK
Choc Lit
Paperback
7.99
7th September, 2012
When Patricia accompanies her father, Major George Carstairs, on a trip to Ladakh, north of the Himalayas, in the early 1960s, she sees it as a chance to finally win his love. What she could never have foreseen is meeting Kalden - a local man destined by circumstances beyond his control to be a monk, but fated to be the love of her life. Despite her father's fury, the lovers are determined to stay together, but can their forbidden love survive?
http://www.lizharrisauthor.com/ 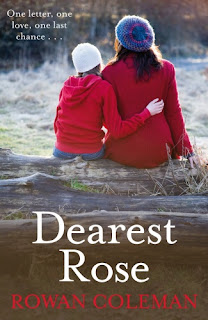 Rowan Coleman DEAREST ROSE
Arrow
27 Sep 2012
£5.99
'You are a remarkable woman and you deserve all the happiness, contentment and love in the world. I, for one, know that I have never met anyone quite like you.'
When Rose Pritchard turns up on the doorstep of a Cumbrian B&B it is her last resort. She and her seven-year-old daughter Maddie have left everything behind. And they have come to the village of Millthwaite in search of the person who once offered Rose hope.
Almost immediately Rose wonders if she's made a terrible mistake - if she's chasing a dream - but she knows in her heart that she cannot go back. She's been given a second chance - at life, and love - but will she have the courage to take it?
http://www.rowancoleman.co.uk/ 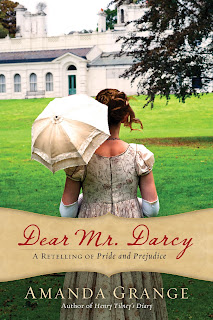 Amanda Grange DEAR MR DARCY
Penguin
Paperback
6th September 2012
In this imaginative retelling of Pride and Prejudice, Amanda Grange now tells the classic story through the eyes of its compelling romantic hero, Fitzwilliam Darcy, in a series of revealing letters covering the life-changing events that defined him—from the death of his father, to his control of his Derbyshire estate of Pemberley to his conflicted courtship with the lively, intelligent, and delightfully willful Elizabeth Bennet. Try as he may, he cannot deny his attraction to this woman with fine eyes, a playful spirit, a mind of her own… and an embarrassing family that is frankly, and utterly, beneath him. But it is Elizabeth who controls both their destinies, and whose surprises will change Darcy’s life yet again.
www.amandagrange.com 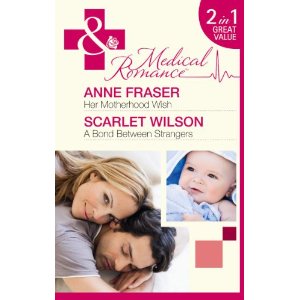 Scarlet Wilson A BOND BETWEEN STRANGERS
Mills and Boon
Paperback
£5.49
7 September 2012
Yesterday John Carter and Lily Grayson were strangers.  Now, following an IVF mix up, their genes are bound together forever - only someone else is carrying their child!  John's only thought is to get his baby back...until he realises that Lily is the person he truly needs to complete his life.
www.scarlet-wilson.com 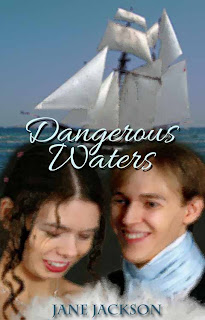 Jane Jackson DANGEROUS WATERS
Accent Press
ebook
Free until Sept 5th then £1.97
Sept 1st
No longer welcome in her uncle's home, twenty-year-old Phoebe Dymond, a trained herbalist and midwife, boards the packet ship Providence bound for Jamaica and a forced marriage. Incidents on board provoke clashes between Phoebe and ship's doctor, Jowan Crossley. But professional antagonism turns to mutual respect and a deepening attraction neither dare acknowledge.  Following a skirmish with a French privateer they eventually arrive in Kingston to find the town in the grip of a slave revolt.  Terrifying events on the plantation of which she will be mistress force Phoebe to relinquish all hope of the happiness she has glimpsed. But fate has one more trick to play.
www.janejackson.net 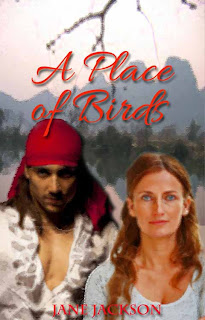 Jane Jackson A PLACE OF BIRDS
Accent Press
ebook
£1.97
Sept 1st
Nineteen-year-old Susanna Elliot rebels against her strict Quaker background which alienates her from her family and community. Rejected by the doctor she admires and refused permission to take her dead brother's place in the family business, she flees to join her two cousins on their mission to China. All three leave Falmouth for Shanghai aboard a schooner owned by Lowell Hawke.
Hawke’s daring exploits have made him a legend along the China coast and Susanna finds herself involved in terrible danger – and love...
www.janejackson.net 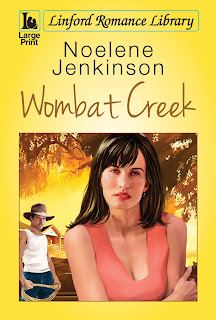 Noelene Jenkinson WOMBAT CREEK
Linford large print romance
£8.99
1 September 2012
*Wombat Creek, Australia*
The heart of the lush pastoral country and stud merino sheep flocks in Western Victoria.
The story of two people’s longing to learn from the past and create a better future for themselves, together.
*Ethan Bourke* owns /Karingal Park/ sheep station, fighting personal demons, torn between a long term comfortable relationship and his instant attraction for a radical newcomer to the district.
Single mother *SUMMER DALTON* inherits the small 100 acre farmlet, /Greenbanks/, and arrives in the Western District to investigate the viability of settling on her grandfather’s property. The daughter of hippy parents banished for their free-loving morals decades before, the scandal of her family’s past lingers in people’s memories.
Initially prejudiced, Ethan offers to buy Summer out. Planning to stay, she rejects his bid, hoping to succeed and become part of the local community. Can they resolve their attraction against the odds of a jealous old flame and Ethan’s snobbish disapproving mother who throws down the ultimate vindictive challenge?
www.noelenejenkinson.com 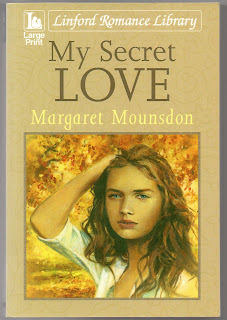 Margaret Mounsdon  MY SECRET LOVE
Thorpe
Large Print paperback
ISBN 978 1444812541
£8.99
Tamara Cameron receives the shock of her life when Phyllis Morton appears on her doorstep. She is the great aunt of Adam Penrose, a man whose marriage proposal Tamara turned down years earlier before she became a super model
www.margaretmounsdon.co.uk
www.margaretsromanceworld.blogspot.com 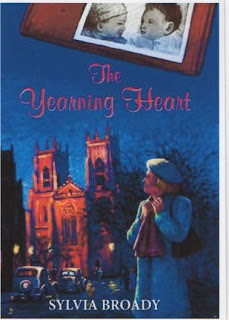 Sylvia Broady THE YEARNING HEART
Magna Large Print
Hard Cover
Family Saga
£20.99
August 2012
It is war-time Britain and seduced by her brother-in-law, Frances, 16, becomes pregnant and is banished to a lonely farm.
She gives birth to twins, a boy and a girl, whom her mother heartlessly wrenches from her.
And when told her baby daughter has died, Frances is overcome with grief.
After years of loneliness, Frances is reunited  with her son, Michael, and yearns to tell him the truth of his birth.
Michael however, has grown up believing Frances’s sister is his mother. She has taken him to live in Australia along with her new husband.
Could Frances shatter her son’s joy? 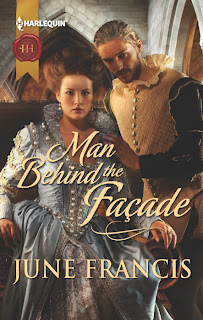 June Francis MAN BEHIND THE FACADE
Mills & Boon Historical
Paperback - 7th September £4.67
ebook - 1st September £3.99
As a renowned ravelling player - with a dangerous sideline career in political intrigue - no one understands better than Philip Hurst the masks that people wear.
But the effort it takse to school his reactions to Rebecca Clifton tests even his theatrical expertise as he is drawn into the tangled web of her family affairs.
www.junefrancis.co.uk 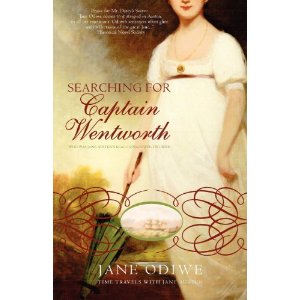 Jane Odiwe SEARCHING FOR CAPTAIN WENTWORTH
Paintbox Publishing
£9.99
7th September 2012
When aspiring writer, Sophie Elliot receives the keys to the family townhouse in Bath, it's an invitation she can't turn down, especially when she learns that she will be living next door to the house Jane Austen lived in. On discovering that an ancient glove belonging to her mysterious neighbour, Josh Strafford, will transport her back in time to Regency Bath, she questions her sanity, but Sophie is soon caught up in two dimensions, each reality as certain as the other. Torn between her life in the modern world and that of her ancestor Sophie's story travels two hundred years across time, and back again, to unite this modern heroine with her own Captain Wentworth. Blending fact and fiction together, the tale of Jane Austen's own quest for happiness weaves alongside, creating a believable world of new possibilities for the inspiration behind the beloved novel, Persuasion. 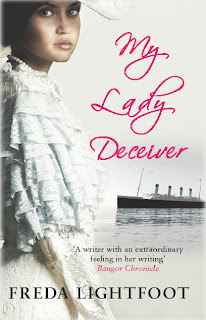 
Allison & Busby
Hardcover
24 September
£19.99 (RRP)
1905. Rosie Belsfield feels as if her life has ended when she is rejected from Ellis Island and put on the next boat back to England, leaving her family behind. But fate gives her a second chance when she befriends Lady Rosalind, a pregnant widow on her way to the home of her late husband's father, the wealthy Sir Ralph Tregowan. Having boarded the ship with one identity, fate decrees that Rosie leave it with another...As Rosie arrives in Cornwall as 'Rosalind', she must fend for herself amongst a new and bitterly resentful family. Rosie becomes increasingly trapped by her deception and the cruelty of those around her - the only light at the end of the tunnel seems to be the enigmatic Bryce Tregowan. With him the promise of a new life beckons, one of riches and even a title in beautiful Cornwall, but it is also one fraught with danger should her deceit be discovered. As she falls deeper into love and lies, can Rosie keep up the act, or will her secrets reveal themselves? And to what consequences? 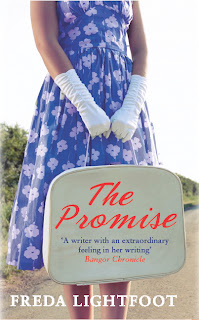 Freda Lightfoot THE PROMISE
Allison & Busby
Paperback
26 September
£.7.99 (RRP)
San Francisco, 1904. Georgia Briscoe, a young woman from a good family, is unwillingly betrothed to businessman Drew Kemp when she falls for handsome British sailor Ellis Cowper. Drew had the charm to dazzle everyone around him, but when the couple are married, it soon transpires that Drew's charm is only skin-deep, and that he is in fact a greedy gambling addict with a penchant for other women, including Georgia's maid Maura and jealous sister Prudence. When Georgia and Maura fall pregnant, both women decide to escape to be with the men they love, providing Prudence with an opportunity to seize Drew - and much more besides. London, 1948. When Chrissie Kemp travels to the Lake District to visit her grandmother Georgia, she is not prepared for the shocking revelation that is about to throw her family into turmoil. As a last act of vengeance on her death bed, Prudence claims that Chrissie's mother Vanessa and her late father Aaran are brother and sister. As the truth unfurls, the passion, emotion and astounding love that occurred in San Francisco forty years ago is revealed, and three generations of the family are tested to their limits.
﻿ ﻿
www.fredalightfoot.blogspot.com
www.fredalightfoot.co.uk 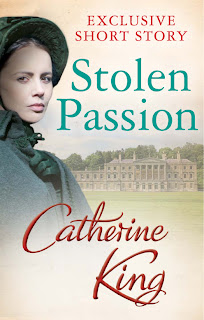 Vanessa Devereaux FRIENDS WITH BENEFITS
Cobblestone Press-Blue Line
electronic short story
99 cents
Ashley James thought stepping in for her friend Shannon and teaching the Introduction to Baking at night school was going to be routine...and boring. However, when Andy Logan decides to sign up, the class is anything but that. Ashley learns that doing a friend a favor has its many rewards.
www.vanessadevereaux.com

A couple here I am tempted by.