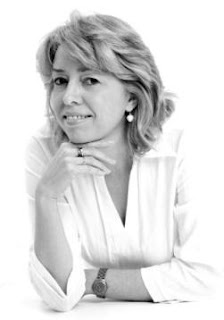 I’m delighted to welcome Elizabeth Hanbury to the blog today. Elizabeth says she loves to combine humour, emotion, great characters, engaging plots and historical detail in her work. She writes Regency-set novels and short stories that appeal to a wide range of readers. Her titles include The Paradise Will, Ice Angel, Midsummer Eve at Rookery End, Brief Encounters, A Bright Particular Star and The Cinderella Debutante. Elizabeth lives in a village in the heart of the English countryside and writes romance whenever she can sneak away to her desk. Does living in a typically English village in the heart of the countryside help you to write your delicious regencies?

Yes. Any small community provides a wealth of ideas for a writer. An English village may look sleepy but plenty of intrigue, absurdities, humour and dark deeds lurk just beneath the surface! Agatha Christie’s famous sleuth Miss Marple summed it up perfectly: “In an English village, you turn over a stone and have no idea what will crawl out.”

Humour is an important element of your style, what is your secret for making dialogue sparkle? 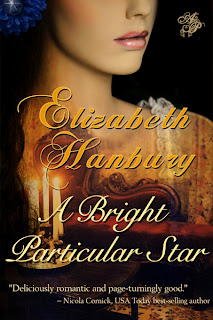 The tone of my writing is naturally light and that feeds into my characters and their dialogue. In my opinion a shared sense of humour is often at the heart of a romance. I try to write romances that are humorous and fast paced but have an undercurrent of emotion too. It’s a balancing act – darker themes can be included but they can’t overshadow the overall tone and there always has to be an emotional payoff for readers.

A secret for making dialogue sparkle? I don’t have one, but I often read scenes aloud during the final edit to check it sounds natural. Writing dialogue is the easiest part of the process for me.


Tell us about the first book you ever had published, and was it the first you ever wrote?

My first published book was THE PARADISE WILL in 2008. It was the third full- length manuscript I’d completed but I decided to submit it to the RNA New Writers Scheme. I received some fabulous constructive feedback, edited again and sent it off to a publisher. When they wrote back and said they wanted to publish, I re-read the letter several times – I couldn’t quite believe it.


What advice would you give to an aspiring writer wishing to break into the regency romance market?

First - persevere. It takes time to produce a manuscript ready to submit to an agent or a publisher. Don’t be tempted to skimp on effort at this stage.

Second - be willing to learn and improve. Good writers don’t spring out of nowhere fully formed; they’ve usually taken years and thousands of words to get to that point.

Third - Have faith in your characters, your story and yourself but also be prepared to judge your work with a critical eye. And develop a thick skin for the inevitable rejections.

What is it about the Regency period that so excites you, and how do you set about your research?

I love the paradoxes of the era. The Regency is associated with elegance and refinement, but it was also a time when the country was at war, an age of innovation, extravagance, vulgarity and gambling. It was a society on the cusp of reform. A huge amount of energy was packed into a relatively brief period. The tone was set by the Prince Regent himself, who despite his procession of mistresses, increasing weight and high living, possessed a terrific sense of style – something the era came to reflect.

For research I use contemporary sources such as diaries, memoirs, letters, newspapers. I also have growing library of Georgian and Regency reference books. There’s the internet too, of course, and I usually spend far too much time surfing the web uncovering fascinating Regency facts. But research in historical romance should be like an iceberg – most of it should be hidden beneath the surface and not obvious to the reader.


With the increasing popularity of ebooks, how do you think digitisation has helped or changed your own career as a writer? Have you self published anything?

Not yet, but I probably I will in the future. The publishing industry is undergoing exciting change and everyone needs to adapt. Ebooks and increased publishing options mean more choice, more flexibility and more opportunities for readers and for writers. Print books won’t die out any time soon but ebooks and digitisation have opened up new horizons and helped me reach more readers which is what every storyteller wants. But in the end how a book is published isn’t as important as it being a good book. Good books will continue to find an audience and stand the test of time.


Of all the characters you’ve created, which one holds a special place in your heart? 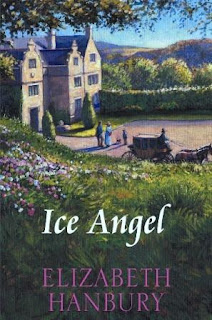 I like aspects of them all but two of my characters developed in unexpected ways so they stand out for me: Sir Seymour Dinniscombe in ICE ANGEL was sketched out at the planning stage as a rich Regency fashionista but minor character only. He went on to have a pivotal role in the plot, his own romance and appear in the sequel, A Bright Particular Star. He may appear in future books too.

Luc Grey, one of the secondary characters in A BRIGHT PARTICULAR STAR, kept pushing his way to the front when I was writing. By the time I had finished, he had become a complex, fascinating man. And I can’t say more than that because it would be spoiler.


If you could slip into a time machine and meet a famous historical figure from the past, who would you choose and why? And what would you ask him or her?

I’d like to meet Sir Isaac Newton, often described as the father of modern science. I’d ask him if the famous story of the apple was true or a myth and show him my mobile phone to see what he thought of it!


What do you enjoy most about being a writer, and the least?

Most – the feeling you get when ideas are flowing fast and furious and your fingers are struggling to keep up Least - staring at a blank screen.


Tell us about what you are writing now?

I’m working on a novella entitled CHRISTMAS AT RAKEHELL MANOR. Along with some surprises, in the best traditions of Christmas it will feature love, warmth, mistletoe and a wily old gentleman with a white beard! 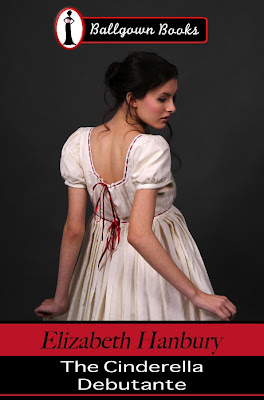 Lucy Sinclair’s London Season was cut short by tragedy. Now, five years later, she is returning but only in the shadow of her lovely step-sister. Belinda is determined to catch a titled husband and Alex, Lord Devlyn fits the bill perfectly. Lucy finds Alex devastatingly attractive yet knows he will be dazzled by Belinda’s beauty. It seems her one chance of love is lost forever until an unlikely fairy godmother makes Lucy the belle of the ball...
Thank you Elizabeth for sparing time to talk to us today. We wish you continuing success with the books.

Not sure my comment worked - love Liz's books, authentic, warm and witty.

I really enjoyed this interview! Greatly looking forward to your new novel, Liz.

Phillipa, Rosy, Hazel and Hilary, thanks for reading & commenting! It's a pleasure to be featured on this fabulous blog :)

BTW my website is down at the moment so apologies to anyone trying to access it today from the link above. It should be back on line soon.

enjoyed your comments, Liz. Your WIP sounds intriguing - looking forward to that when it's 'out' [in Regency parlance.]

Thanks for stopping by, Nell, Georgia & Beth :-)

Good to see all your books are now available on Kindle.

Is there going to be any more of Lucius Grey? Or would that be a spoiler too?

Hi agenoria, thanks for stopping by. There may be more of Lucius at some point. He's such a delicious character. Who knows, perhaps he will make an appearance in his brother's story?! ;0)

Lovely interview. Have just finished A BRIGHT PARTICULAR STAR and now going to look for ICE ANGEL :-) I loke both characters you mention.

I'm looking forward to reading No Job for a Woman!

Love the iceberg metaphor in regard to research. Your titles are piling up. I hope you're gathering a horde of Hanbury followers!

Thank you Trudy :0) I wish I could write faster but I just have to snatch an hour or two when I can!

I think this is one of the most important information for me. And i am glad reading your article. But want to remark on some general things, The site style is ideal, the articles is really great. Midsummer Day