Julia Williams grew up in North London, one of eight children. She studied English at Liverpool University, where she met her husband, Dave, a dentist. They have four children and live in Surrey. A Merry Little Christmas  is her sixth book, and a follow up to her bestselling book, Last Christmas.

Welcome to the blog Julia, please do describe your journey as a writer. How did it begin?

I think I’ve always been a writer, in that, from an early age, I made up stories in my head, and acted them out. But real life interfered for a very long time, and it was only when I stopped work after my second baby was born that I finally did something about it. I was lucky enough to have a career in children’s publishing before I became a writer, and, thanks to having edited some teenage romance, I found out about the RNA. I submitted my first ever manuscript to the New Writer’s Scheme in 1999. It took me a year to write and was truly dreadful, but I had the bug by then, and with a huge amount of help from Hilary Johnson knocked it into a good enough shape to get interest from an agent. Her welcome fax telling me that she wanted to take me on came a week before my third baby was due, so my putative writing career stalled for a bit! My agent, Dorothy Lumley, was immensely patient with me, as baby no 4 popped up before I had had a chance to complete another manuscript. Eventually, when my youngest baby was a year old, I thought, I’ve got to go for it. The second manuscript was still rejected, but helpful suggestions from the editor ensured that my third was eventually published as PASTURES NEW by Avon in 2007. Since then I’ve been lucky enough to publish four more books, and my sixth, A MERRY LITTLE CHRISTMAS is coming out in October. 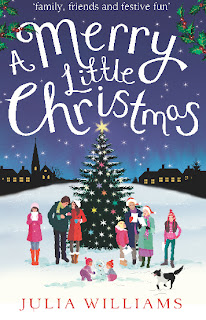 How would you describe your own books? And what do you enjoy most about writing them?

I try to write stories with romance, but based on reality. Write what you know, is what they say, so my stories are very family based, and deal a lot with the struggles of coping with children, and elderly parents, and keeping love alive in the middle of it all. At heart I’m an optimistic person, so I try to make them life affirming if I can.  I really enjoy getting into the hearts and minds of my characters, and certainly when I am writing, they are all real to me! I also love putting them through the mill, and have them come out the other side. And have even been known to cry when I’m writing sad scenes!

Has your childhood influenced you as a writer, if so in what way?

That’s an interesting question. I’m not sure if it has or not. Certainly, the reading I’ve done as a child has had a massive influence. I have always been a huge fantasy fan, so there are elements of magical realism in my books (and I am writing a teenage fantasy at the moment as well). I also have a keen love of history, fuelled by a teenage passion for Jean Plaidy, which is probably responsible for me writing romance in the first place.

What do you think is the most essential element of a good novel?

A gripping story and interesting characters. If I don’t care about the characters I read about , or what becomes of them, then I’m usually not interested in reading further. 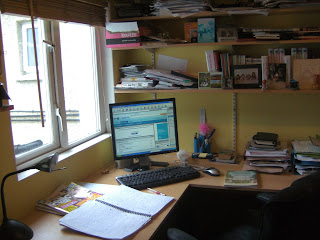 Do you think writers should follow the latest hot fashion or write what they love?

I think they should do a bit of both. Keeping a weather eye on the zeitgeist is essential – there is simply no point producing work the market doesn’t want. However, that doesn’t mean you should indulge in copycat writing of the type that is going on with the Shades of Grey phenomenon at the moment. You should also write what you love too – if you don’t care about your story who else will? And despite my saying you should be aware of the zeitgeist, there’s nothing wrong with starting trends either. As my mother always  says, set the trend, don’t follow it!

Of all the characters you’ve created, which one holds a special place in your heart?

Harry, the elderly neighbour of my first heroine Amy, in Pastures New. I had been thinking about my father in law when I wrote him, but when it was finished, my sister told me I’d recreated my dad. And in part I had. A lot of Harry’s philosophy came from my father, who sadly died before I was writing. He was an English teacher and an immensely influential part of my life. So Harry makes me think of him, and I love him accordingly.

I’m a really busy mum of four, so when I’m not writing, I usually don’t have much time for relaxation! However, when I can, I do try to exercise as much as possible, and I find gardening a brilliant way to unwind, as it’s the one activity I can do which doesn’t involve thinking at all. Wine also helps, but not, usually, at the same time!

I’m not honestly sure. I came into writing after having been an editor, so I think I possibly started from a more informed base then a lot of newbie writers, and I’ve never been a huge fan of books on how to write. But the best advice I was ever given is to develop a tough skin, take the rejections and listen and learn from them. I thought I knew about writing when I started out. I was quickly disabused of that notion and feel I am still learning my craft.

What’s your favourite film adaptation of a book?

Last of the Mohicans. Which is probably cheating as I’ve never read the book, but I love the romance of the film. Would love to write something as good as that one day!

Yes. I’m working on a new book called Midsummer Magic, which is a bit of a riff on A Midsummer Night’s Dream. It involves a young couple organizing a wedding, with their best man and bridesmaid, a fading soap star, a jealous ex, and a mischievous hypnotist, causing trouble for them all on Midsummer’s Eve…

An absorbing novel about family, love and friendship from the bestselling author of LAST CHRISTMAS.

With four children, a Christmas cookbook to write, and her mum suffering from dementia, Cat Tinsall has plenty to juggle. When her eldest daughter, Mel, starts going off the rails, Cat has even more on her plate. Pippa Holliday adores her family, although often finds her hands full. When Dan is involved in a terrible accident, Pippa’s world is suddenly turned upside down. Balancing her job as a school teacher with twins and her step-son Steven isn’t easy for Marianne North. With her husband’s ex causing trouble, life is getting even trickier. As Cat, Pippa and Marianne help each other through a difficult year, they’re all hoping for a much brighter Christmas.

Thank for sparing the time to talk to us today Julia, and we wish you every success with this and future books.

For more information about Julia and her books, please go to: www.juliawilliamsauthor.com.
She blogs at http://maniacmum.blogspot.com
And can be contacted on twitter @JCCWilliams
Posted by Rosie Hendry at 9:30 AM

Your life would pole-axe me. It there'd be wine but no gardening!

Good luck with 'Have Yourself a Merry Little Christmas'.

Apologies for typo. I changed my mind and started to edit (inefficiently) what I'd said. Typical writer.

Your new book sounds great, Julia. I'll certainly look out for it!

You got numerous positive points there. I made a search on the issue and found nearly all peoples will agree with your blog.