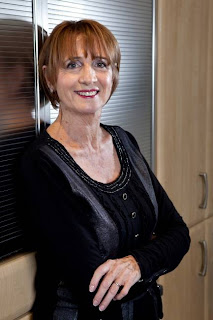 I’m delighted to welcome Liz Harris to the blog today. Born in London, after graduating from university with a Law degree, Liz moved to California where she led a varied life, from waitressing on Sunset Strip to working as secretary for the CEO of a large Japanese trading company. Upon her return, she gained a degree in English and taught for a number of years, contributing weekly articles on education to a local newspaper. In addition to novels, short stories, and a novella published by DC Thomson, she also organises the RNA's Oxford Chapter, and is on the committee of the HNS Conference 2012.

I see that your new novel takes place in the 1950s and in 1995, set partly in London and in Ladakh, a country north of the Himalayas and west of Tibet. I’d love to hear how you were inspired to choose such an unusual setting.

Three years ago, my cousin, who now lives in Australia, asked me to help her to find a home for an album that her father, my late uncle, had compiled after a visit he made to Ladakh in the mid 1940s during the time he’d been stationed with the army in North India. His album is now in the Indian Room of the British Library, on Euston Road. When I read it, I fell in love with Ladakh, and knew that I had to set a novel there. At that point, I began to research the country in depth. 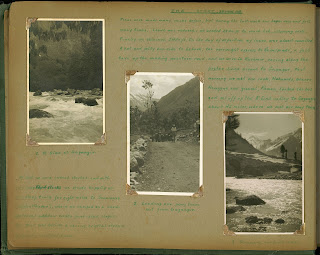 The novel has been described as ‘a sumptuous tale of love and adventure … which throws together two people from radically different cultures with explosive results.’ Tell us more about how you devised your hero and heroine.

From the outset, I knew that my heroine, Patricia, was born in the 1950s and brought up in Belsize Park, a part of London I know well. I saw her as a lonely child, living with parents who’d been torn apart by grief over a tragedy that had happened to the family in the past. I didn’t yet know anything about my hero, Kalden, beyond the fact that he was born and brought up in a Ladakhi village in the Buddhist part of the country. Whilst I waited to ’see’ him clearly, I continued to learn about the country. And then one day, I read a very interesting fact about life in Ladakh. From that moment on, I could ‘see’ Kalden and I had my story.


The research must have created particularly challenging problems. How did you set about it? 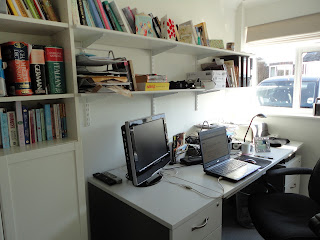 Ironically, it was considerably easier to research THE ROAD BACK than the novel I’m writing at present, which is set in Wyoming in 1887. Having a very low blood pressure, visiting a country of the altitude of Ladakh was never a possibility, so my uncle’s album was the starting point for my research. After that, I had to rely upon my computer, and on the books I could find. They proved to be rich sources of information and through them I became familiar with Ladakh’s geography and traditions. By the time I started to write the novel, I was able to see Ladakh in my head as if I had been there. Happily, Wyoming is at a lower altitude than Ladakh, and my husband and I went there this summer for a combination of research and holiday. Guess whose idea the location was?


Have you always wanted to be a writer or did it come about by chance? Tell us about the thrill of getting that first call.

It was many years before I thought about trying to make money from writing, although I’ve loved writing for as long as I can remember. I loved writing essays and stories at school and at home, and even enjoyed writing the essays for both of my degrees. My career choices changed over the years. First I wanted to be a farm hand, then a journalist, teacher, and a nun. The desire to be a nun lasted for ages as the memory of rugged Peter Finch as Dr. Fortunati in The Nun’s Story lingered long in my mind.

However, one night when my young sons were in bed – yes, I’d ditched my plan to become a nun - and my husband was out, I found myself staring at my typewriter. I suddenly pulled it towards me, checked that I had a packet of tippex paper to hand, and started to type. At that moment, I found my vocation, and I’ve never looked back.


When did you hear about the RNA, and how has it benefited your career? 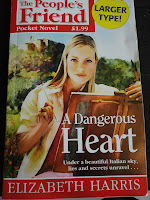 The RNA has helped me in so many different ways: teaching me about the publishing industry, thus equipping me better for my attempts to become a part of it; the NWS critiques which offered invaluable advice; the workshops, in and out of the conference, which gave me a chance to learn new skills and hone older ones, and above all, being part of such a warm, friendly community, which is unfailingly generous in its support to everyone, published and unpublished alike. Writing may be a solitary occupation, but when you’re part of a community like the RNA, it isn’t a lonely one.


Can you work anywhere, or do you have a favourite place to hideaway and write?

I can work anywhere – on the Oxford Tube, in a bus, Starbucks, a library - but the place I like to work in most of all is in my study. It’s my little piece of paradise, although it’s all too often an untidy paradise. Which did you find the hardest part of the novel to write, and how did you overcome any problems? I can’t point to a specific area that was difficult to write – at all times I knew where I was going. But as a general point, I had to be continually aware that whilst I found the culture of Buddhist Ladakh absolutely fascinating, and whilst I’d fallen in love with the dramatic beauty of the country, I must never allow either to come between the reader and the story of Patricia and Kalden. It’s their love story that lies at the heart of the novel.

Have you ever suffered rejections, and if so, what made this book a success?

I’ve definitely had my share of rejection letters. I think a combination of things helped me to be successful with THE ROAD BACK. I’d written for seven years, had each of my novels critiqued and then carefully edited the novel, thereby improving my writing. The background of the novel is original - just as I hadn’t heard of Ladakh until three years ago, most of the people I meet haven’t heard of it. It’s interesting (I hope!) to read a novel set in a place that’s different from familiar locations. And then there’s luck. Luck is tremendously important. I was so very, very lucky that my manuscript arrived on the right desk at the right time. 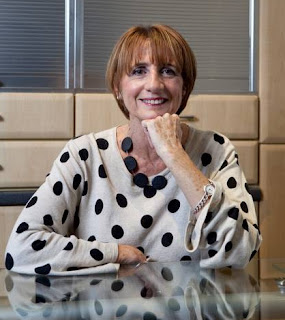 I read a lot. I can’t imagine any writer who doesn’t read a great deal. Apart from the sheer pleasure of being transported into the world of the fiction, it’s a great learning tool. In addition, those who follow me on twitter know that I regularly go to the London theatre. Being the daughter of an actress, I was given a love of the theatre at an early age, and one of my greatest thrills is the moment before the lights are lowered and you wait for the start of the story that’s about to unfold before your eyes. I also love cryptic crosswords, especially the Daily Telegraph cryptic.

So what next? Where do you go from here? Will it be another unusual setting?

Wyoming, 1887. I should really say ‘Wyoming Territory’ because Wyoming wasn’t admitted into the union until 1890, when it became the 44th state of the USA. My husband and I went to Wyoming in August. We stayed first on a working ranch just north of the Colorado border, set amid stunning scenery, and there I was able to put to the ranch owners and wranglers the many questions that my research hadn’t been able to answer. Surprisingly little is known about second generation homesteaders in the late 1880s. We then drove to Cheyenne, Lander, Yellowstone, Jackson Hole, Cody and back to Cheyenne. The museums I visited on the way, and the local people I met, supplied the rest of the answers I needed. 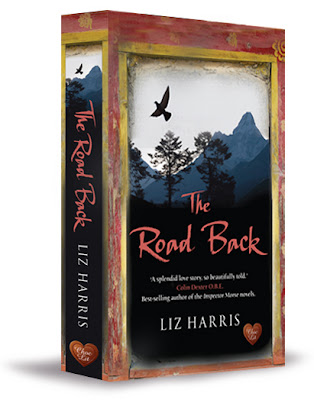 When Patricia accompanies her father, Major George Carstairs, on a trip to Ladakh, north of the Himalayas, in the early 1960s, she sees it as a chance to finally win his love. What she could never have foreseen is meeting Kalden - a local man destined by circumstances beyond his control to be a monk, but fated to be the love of her life. Despite her father's fury, the lovers are determined to be together, but can their forbidden love survive? A wonderful story about a passion that crosses cultures, a love that endures for a lifetime, and the hope that can only come from revisiting the past.


Thank you Liz for sparing the time to talk to us today. We wish you continuing success in your career.

To find out more about Liz visit her website: http://www.lizharrisauthor.com/

What a fabulous interview - I hung on your every word Liz, as your writing journey and the meticulous research you have done for your novels is so facinating.

Congratulations on your publication day today - have fun and enjoy every minute - it's all well deserved!

I'd forgotten that I'd confessed to a long held desire to be a nun!!! I so loved The Nun's Story, both the book and the film.

I loved reading about the pot pourri of life experience which has lead to your success as a novelist, Liz - well done!

A great interview Liz. It was a long hard road but at last you're where you belong, as a published novelist. I look forward to reading The Road Back it's on my theoretical TBR pile.
Gilli x

Chris and Gilli - Many thanks for your comments.

It was, indeed, a long, difficult at times, road to publication, but every minute of it has been a pleasure (apart from the rejections!!) and I'd do the whole thing all over again.

Writing is such a joy in itself, that reaching publication is the icing on what is already a very tasty chocolate cake.

its such a nice & Awesum blog provide info
hope more people discover your blog because you really know what you’re talking about. Can’t wait to read more from you!
for more plz visit
ppi claim refund

An interesting interview and I am pleased to say that The Road Back is already on my wishlist.