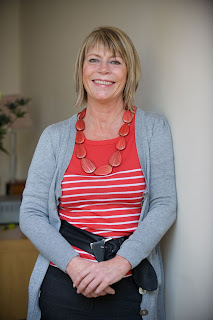 Sheryl Browne grew up in Birmingham where she studied Art & Design. A partner in her own business, a mother and a foster parent to disabled dogs, she was thrilled beyond words when her debut novel was accepted. Sheryl has since been offered a further three-book contract under the Safkhet Publishing Soul imprint. Describe your journey as a writer and the excitement of getting that call.

Suffice to say, the road has been a bit bumpy. My first book got picked up by an agent but, sadly, not by a publisher. The bug, however, had bitten. Being a passionate soul who would wither and die without writing, I kept at it, enlisting editorial help, thanks to the Romantic Novelists’ Association who kindly recommended an editor. Eventually my current lovely publisher, Safkhet Publishing, liked my style and commissioned me to write RECIPES FOR DISASTER. It was shortlisted for the Innovation in Romantic Fiction Festival of Romance Award.

Your latest book, A LITTLE BIT OF MADNESS, is set in an old folks home. An unusual setting for romantic comedy.

Without going into too much detail, I once took compassionate leave from work to nurse my mum through early onset Alzheimer’s. Losing my mum in my twenties was devastating, but I found my way of coping was to remember the hysterically funny moments we had. I suppose my writing was a sort of catharsis. In A Little Bit of Madness, I aimed for a multigenerational read, combining younger ‘boy gets girl, despite all obstacles’ romance, with the lives and loves of older people, or as Celia, our heroine, prefers to call them, her elderly independents: A cast of colourful, sometimes eccentric people who still have lives to live and something left to give.

Where did you find the inspiration for the hero and heroine?

My heroes tend to be men who have suffered (who doesn’t love a man who’s suffered?) and have grown through that suffering. Of course, a nice pic on my desktop helps. Current crush: Ben Affleck (I can’t help it!). My heroines tend to have a vulnerability that comes with caring, a feistiness which drives them to protect those they care about, and ultimately end up realising it’s okay to be who they are. I admit I take inspiration from my girlfriends and online writing friends, whose support has been unstinting.

What advice would you give to an aspiring writer wishing to break into the romantic comedy market? 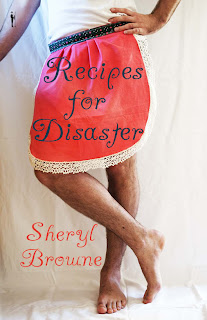 Read. Lots. Obviously, not to plagiarize but take a leaf out of other authors’ books and see how they've tackled the issue/genre you might be struggling with. Read your work out loud – into a tape recorder, if you can. It really is a great way of catching all those glitches and getting rid of superfluous narrative. Have a one-to-one with yourself. Be honest and ask is this a burning passion I truly can’t give up? If the answer is an adamant yes, then don’t aspire to write, do it. Employ an editor, if you need to. Don’t be shy. Share you work and get feedback from readers:

Fortunately I’m self-employed so can be flexible. I tend to get the day’s ‘work’ items out of the way early on and then go on line to catch up with writing related matters. I try to schedule this time to allow for my actual writing, but it’s not easy – distractions abound!

What do you have to say to critics of the chick-lit genre?

I’d say a laugh a day keeps you sane! Seriously, I’m quite happy with the title chick-lit, or romantic comedy, because romance and comedy are the key elements. I strive to convey that, even in what appears to be the most complex or traumatic of situations, there is often an underlying humour that keeps us sane. I hope that when my characters stumble over the obstacles life throws at them, my readers will laugh with them, because they empathise, because they’ve been there.

Sometimes a single life-event can often fire a writer’s imagination enough to write a whole story around it. For instance, my story Somebody to Love was inspired by ‘a lost little boy’, an autistic little boy, who wasn’t lost at all, it turned out, but on a mission to throw his shoes over his neighbour’s garden fence in order to facilitate a meeting with her three-legged dog. To the critics I’d say, read the books. Through the humour, you’ll most often find the author is writing about real people readers can relate to.


Have you ever suffered rejections? How did you deal with them?

As mentioned above, I have indeed. Once I’ve picked myself up by my bootstraps, I have honestly learned from them. Think about it, the agent/publisher has taken time out from wading through hundreds of submissions to comment on yours. Be grateful, realise you have something and strive to improve on it is my motto. I really do try to use criticism as positively as I can.

What would represent a romantic gesture for you?

My partner once planted a rose tree outside our kitchen window bearing my mum’s favourite coloured roses (peach). The simple, thoughtful gestures are often the most romantic.

I have two works in progress. I’m currently working on LEARNING TO LOVE, which is very much a working title, but reflects the theme of the story, which looks at love and trust issues. If I had to sum it up in a one sentence, it would be: Separation, arson, attempted murder; bereavement – can two broken hearts overcome such trauma and learn how to love again? 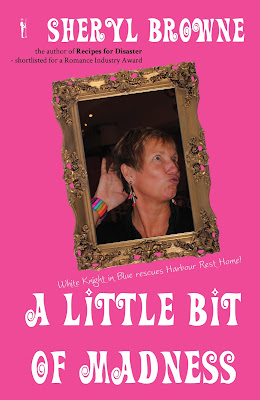 No rest for the wicked. Saving Charlton hall will burrow into your heart. Celia Summers, intrepid mother of two, is too cuddly for sweatpants, she suspects. But then, her class at The Harbour Rest Home are similarly clad. Celia loves her work as an art therapist. She’s proud that she gives her elderly independents something to look forward to, even if her partner, Martin, disapproves of her efforts. He also has other things on his mind - telling complicated lies to Celia so he can sell Charlton Hall, his mum’s house, to pay off his debts.

Meanwhile, Celia fights to secure gallery space for her geriatric charges’ artwork, and to keep The Harbour from being closed. She’s even ready to abseil from a church steeple to bring attention to the plight of her old people, no matter that she might fall and end up splattered all over the flagstones. When she does fall, however, it’s much more painful - in love with PC Alex Burrows. Will he be her White Knight in Blue and ride to her rescue?

Thank you for sparing time to talk to us today, Sheryl. We wish you continuing success with your books.
Best wishes, Freda

Thank you so much for hosting me on the Romantic Novelists' Association blog today, Freda - along with my super co-writer, Snoops! We're thrilled to be here in the company of some truly amazing authors. :)

What a wonderfully inspiring interview. Just as with your books, Sheryl, I was hanging on your every word. Oh, and LOVED the doggie photo too - lol - what a sweetie!

He is a bit, isn't he? How could you not love him? Thanks for your lovely comment, Janice! xx

Interesting to read about you and your work Sheryl and to turn challenging situations into comedy is no easy task but humor keeps us sane!

I firmly agree, Angela. In some situations it’s impossible to look on the bright side, of course, but often what can be traumatic life events at the time do have an underlying humour – this from someone who is constantly falling over life’s little obstacles. Thank you so much for stopping by. Really appreciated!

Fabulous feature, Sheryl, so happy to see you here today: Rock on! I love what you say about single events or moments firing your inspiration, that's just awesome and I know exactly what you mean. Congrats again on the launch of A Little Bit of Madness, can't wait to read it! XX

I really enjoyed reading this interview Sheryl and definitely want to read A Little Bit of Madness. Thanks for chatting here, lovely as always.
x

Great article, but Sheryl! It's funny how things have a way of working out like we least expect. Glad to see you here now!

Thanks so much for stopping by, Nicky, Sue and Steph - and for you lovely comments! Steph, considering I'm an accident waiting to happen, it's amazing I am! FAB ladies! :) xx

Fascinating interview Sheryl! Your life experience certainly comes through in your writing. Your characters are 'real' and you really are Queen of romcom! Lxx

Most enjoyable post. You have such a sense of humour, I love it!