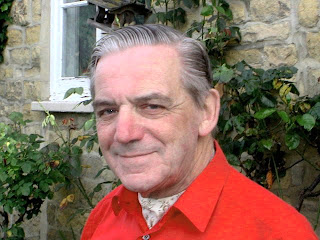 I’m delighted to welcome Bill Spence to the Blog today. Born in Middlesbrough and trained as a teacher, he has also served as a Bomb Aimer in Lancasters of 44 Squadron Bomber Command on 36 missions. He has worked on the administrative side of the Catering Department at Ampleforth College, and written part time from the early 1950s until 1977 when he became a full-time writer. Bill is better known as Jessica Blair, who was born in 1993. You write wonderful historical sagas, and have enjoyed a very successful career, do tell us how it all began. How did you get your first break?

My first book was written for a competition for a war novel. Though it did not win, the organisers took it for publication in 1959 in paperback. I enjoyed the longer format as opposed to articles so followed it with 36 Westerns for Hale. At the same time I wrote two more war novels and studied the history of whaling. This resulted in a highly illustrated book of the same topic published in 1980 titled HARPOONED.

I then used this knowledge as the background to my first historical saga THE RED SHAWL published by Piatkus in 1993. I have remained with Piatkus, now an imprint of Little Brown Book Group, ever since and am currently completing my 22nd historical saga for them.

Has your childhood influenced what you write in any way?

My parents encouraged me to read and to love books. Unknowingly this probably stimulated a desire to emulate the writers of these books. I loved fact and loved stories – these have come together in my writing life

Is a sense of place important to you in your writing? How do you set about the research? 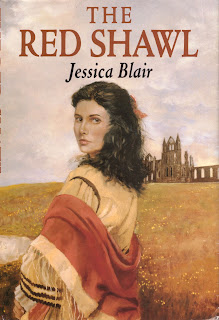 A sense of place is important to my writing. I try to absorb the atmosphere of places I visit so that if I use them in my novels I have a feeling for the settings I am using. Most of my sagas start in Whitby, on the Yorkshire coast, a very atmospheric place, and whenever I visit I am walking the streets with my characters. Because I have experienced the Arctic, in some small measure, I am able to recreate it in my novels. The same can be said about Orkney and Shetland, and I could recall through memory and photographs of other places I have visited. Likewise I have used my experiences flying in the RAF during the war. If I need to use a setting with which I am not personally familiar, or it is of a different era, I will research it thoroughly in relation to the material I require. Over the years I have built up a very useful library. Before the age of the internet I wrote all over the world especially when I wrote HARPOONED. I have found that most people are very helpful with enquiries.

How long, on average, does it take you to write a book, and how much editing do you do?

My novels are 100,000 words. From putting down the first word on the computer I reckon on having it ready for the publisher in nine months. Of course much has been going on in my mind before the first word goes down. I do as little editing to the actual happenings in the story as possible - they must be right first time or the story won’t flow properly, but I do keep an eye out for grammatical mistakes, good expressions, creating the right atmosphere and so on as I go along, then I will do a final editing and tidying up when the novel is finished. 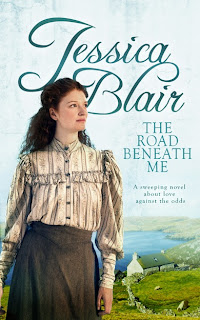 How do you start a new novel? Do you do much advance planning?

I get a subject that will form the setting and background for the new novel. I place my two main characters within that and ask myself ‘What if?’ The answers coming from that question will bring the story to life and as it does other characters will make their mark, all developing together. I do not do advanced planning in detail, only sufficient to present the idea in broad outline on which my publisher will make a decision.

Have you ever written for other media, or a different type of novel?

I have not written for other media, though I have contributed a book review column in the Gazette and Herald, published out of York, a weekly newspaper of the Newsquest Group, for fifty years . I ‘cut my teeth’ on Westerns after my first novel based on RAF Second World War. I learned story-telling from them which stood me in good stead when I turned to historical sagas written as Jessica Blair.

What do you think is the most essential element of a good novel?

Plausible characters in plausible action against a plausible background.

I know you are a passionate book collector, which is your favourite book of all time, and why?

This is a difficult question. I love books, non fiction and fiction. I was brought up on John Buchan – great story-teller. Of present day authors I like Susan Hill, especially her ghost stories. With my interest in whaling, I must say Moby Dick – a great story of a man’s passion in pursuit of fulfilment that puts him in contest with life and the natural world.

By the time you read this my latest novel A TAPESTRY OF DREAMS will be in the hands of my publisher looking to publish in 2014. This is set in the West Riding of Yorkshire and North Lincolnshire during the middle of the 19th century concerning the woollen industry and sheep. My previous novel IN THE SILENCE OF THE SNOW will have appeared on February 7, 2013 in hardback, along with the paperback of the previous hardback THE ROAD BENEATH ME. At present I am toying with various ideas for the next Jessica Blair novel. Blurb for IN THE SILENCE OF THE SNOW 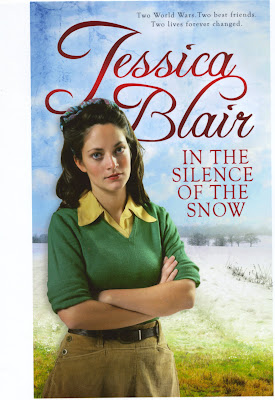 A panoramic novel covering the momentous years of two world wars when lives were torn apart.

French-born Marie Gabin forms a friendship with Veronica Attwood in their final two years at school, but this is tested when Marie is forced to disclose a secret to her friend. In the shadow of this revelation, the girls grow up on a country estate in North Yorkshire. The First World War takes its toll when Marie loses the man she loves and Veronica's husband suffers injuries which eventually leave her a widow, but she finds consolation in her love for the land. Returning to France, Marie marries her childhood sweetheart, but once again life brings involvement in war for the two friends.

Loving their Yorkshire land, Veronica and her daughters enlist in the Land Army. When a bomber squadron arrives on a newly constructed airfield on part of the estate, relationships are formed. Elise joins the RAF and is recruited into the SOE. But secrets will out. On a mission to France, Elise faces dangers she did not expect as she searches for Marie and the truth - a truth that will have an outcome she never envisaged.

Thank you, Bill, for sparing time to talk to us today. We wish you continuing success with your books.
Best wishes, Freda

I've enjoyed reading Bill's books, especially The Locket, which I found very suspenseful. I'm a great fan of the settings, too, as I am familiar with most of them. Very interested by your remark that it has to go down first time correctly or the flow is wrong. Incidentally, where did the name Jessica Blair come from?

Super interview. Many happy returns to Jessica Blair in her twentieth year.

Thank you all for your kind comments. Freda did me proud.

Avril, the publishers wanted to publish under a female name for marketing reasons and chose Jessica Blair.

Really enjoyed this interview, Bill. I was amazed to learn that Jessica Blair is 20 years old.