When screenwriter Dominic Talbot leaves his briefcase in Georgia Jones's cab she winds up being his personal driver. No one believes in the on set curse until a cameraman breaks a leg, a fire breaks out and the leading man catches chicken pox

Stella Bates a freelance photographer decides on a lifestyle change after a failed engagement - with startling consequences.
(Second part to be published 14 February - St Valentine's Day!)

Mills & Boon
paperback
Feb 1, 2013
£4.99
rumour has it that the Earl of Deben, the most notorious rake in London has set aside his penchant for married mistresses and turned his skilled hand to seducing innocents.  But once he tangles with Miss Henrietta Gibson, it becomes hard to tell just who is seducing whom... 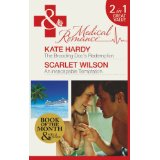 Nurse Francesca Cruz has taken a job on a cruise ship bound for the Mediterranean – the perfect retreat from her break-up – except she finds herself trapped with gorgeous, arrogant doctor Gabriel Russo. She knows his type well, and won’t be tempted twice. But with nowhere to escape – except overboard – and her delicious boss lying in the next cabin, it’s easier said than done!

Old friends, new secrets
Sergeant Cat Forrester lives by her own set of rules.
When her childhood friend is murdered, Cat's world is thrown into chaos. Especially because Jay Garrett-a man from her past-is a suspect, and he needs her help to prove he's innocent. After all they once shared, how can she say no? The attraction flares between them, and getting involved with a suspect is a huge risk. But the more time Cat spends with Jay, the stronger the tug on her heart. He is the same caring, irresistible man she remembers. Yet she can't let her emotions interfere  with the case-solving it is top priority. And as she digs deeper, she discovers Jay has secrets that may jeopardize any possible future together.

Historical romance set in 1640s Japan and England - Midori has to leave Japan or die. She persuades the captain of a Dutch trading ship to give her passage to England and they become close. But both have secrets and in England, a civil war is brewing - only by standing together can they hope to survive.
www.christinacourtenay.com


So she has finally found the man of her dreams; well, she’s seen him, for sure!  Yet rock star and ex-fiancé, Dan, keeps getting in the way of her new romance—even if he is just trying to be helpful. A fire, an impromptu mini-trip with Dan, and a dreaded wedding later, Sophie is still struggling to meet the love of her life. Then, just as she is getting it together with her perfect man, best friend Rachel commits an act of unspeakable betrayal. Sophie has had enough. Surprising herself and shocking her friends, she embarks on a secret journey and eventually gets her life back on track.


Natasha Walker felt like Cinderella after her sister and brother-in-law headed out for a romantic dinner on Valentine’s Day night. She’s been left to babysit her nephew and when she decides to watch a DVD, the evening takes a turn for the worst after a vase falls onto her foot and she’s ends up in the ER.


But it’s not all bad news because Dr. David Walker is on call that night and he and Natasha both feel there’s a special something happening between them. Should David break the rules and look through her medical files to get her home phone number so he can make a house call?


No rest for the wicked


Saving Charlton hall will burrow into your heart.


Celia Summers, intrepid mother of two, is too cuddly for sweatpants, she suspects. But then, her class at The Harbour Rest Home are similarly clad. Celia loves her work as an art therapist. She’s proud that she gives her elderly independents something to look forward to, even if her partner, Martin, disapproves of her efforts. He also has other things on his mind - telling complicated lies to Celia so he can sell Charlton Hall, his mum’s house, to pay off his debts.


Meanwhile, Celia fights to secure gallery space for her geriatric charges’ artwork, and to keep The Harbour from being closed. She’s even ready to abseil from a church steeple to bring attention to the plight of her old people, no matter that she might fall and end up splattered all over the flagstones. When she does fall, however, it’s much more painful - in love with PC Alex Burrows. Will he be her white-knight-in-blue and ride to her rescue?
Celia pictured the headline—Elderly Independents Take Housing Battle to the Top.
Yes, more like Deranged Do-Gooder Air-Rescued from Church Steeple.
Oh God, she couldn’t. Absolutely couldn’t. She’d be paralysed with fear before she’d climbed the steps to the roof. Or drawn irresistibly to the edge, vertigo driving an urge to throw herself off.
Yes, well, that was the aim, wasn’t it, though preferably after they’d attached the rope?

When Lizzie Aitchison meets John Smith in the bar of the Waverley Grange Hotel she doesn't realise at first that he thinks she's "working". The chemistry between them is dynamite from the very first glance, and she can't resist the allure of his fallen angel face and his lean body clad in a sharp business suit. Pretty soon, she's playing a dangerous game. John's a no nonsense guy who seems to be set on engaging an escort for sex rather than simply meeting a pretty girl to chat up, and if that's the only way she can spend more time with this gorgeous man, Lizzie decides to act the part. Over just one drink, she becomes "Bettie", the high class call girl...


Ebook
Feb 15, 2013
£3.45
Can love triumph over treachery and abduction? Struggling to restore his family estates, Captain Sir Jonathan Westwood declares he is in no position to offer any lady marriage, even the pretty Miss Ellis. Talented Catherine Ellis wants to become a professional artist but her father won’t allow it. She falls in love with the dashing sea captain but believes she is unworthy of him. Assisted by friends, Sir Jonathan has almost succeeded to saving his inheritance when Catherine is abducted by pirates. Can Jonathan save the woman he loves and find happiness?
www.lyndadunwell.com

Livi Callaway has fled back to London after a reality TV disaster in New Zealand. Safely anonymous in the big city, she’s determined to stay under the radar from now on. But her attempts to build a new life are complicated by unexpected visitors from her old one, and new dangers and temptations lie in wait.

Late one night, she meets a mysteriously sexy American on the Underground – and the events that follow take her from Pooh Bear to the golden lights of Paris, via a trail of rock stars dead and alive. A family in disarray, a determined Swede, a crazed Australian and a childhood friend (who might yet be more than that) have her all over the place as she tries to discover the American’s secret – while keeping her own.

With help – and occasional hindrance – from her friends, what she eventually finds is something unexpected...sometimes, running away can lead you to exactly what you didn’t know you needed.
www.serenaclarke.com


Eloise Hamilton, the illegitimate daughter of a wealthy banker, knows society’s hallowed doors are closed to the likes of her. She attends her first country ball with no expectations, not even when Lord Richard Craven, heir to a dukedom, singles her out.


Harry Benson-Smythe is shocked to return from a long absence to find that the sight of Craven sniffing around an all-grown-up Eloise incites a disconcerting level of jealousy. All for a girl he once thought of as a little sister—now a woman his father will never allow him to take to wife.


But there are other ways to be together, as in joining forces to investigate the disappearance of several local girls. Yet when Harry catches Craven kissing Eloise, he decides he will damn well be the one to show her how it’s done—properly.

Craven will not let Eloise’s rejections and Harry’s insults go lightly by. He had plans for Eloise’s virginal body—even if life as they all know it ends in a hellfire of bullets.

Lieutenant Tom Donald envies everything about fellow officer Frank Foden--his confidence, his easy manner with the men in the trenches, the affectionate letters from his wife. Frank shares these letters happily, drawing Tom into a vicarious friendship with a woman he's never met. Although the bonds of friendship forged under fire are strong, Tom can't be so open with Frank--he's attracted to men and could never confess that to anyone.

When Frank is killed in no-man's-land, he leaves behind a mysterious request for Tom: to deliver a sealed letter to a man named Palmer. Tom undertakes the commission while on leave--and discovers that almost everything he thought he knew about Frank is a lie... 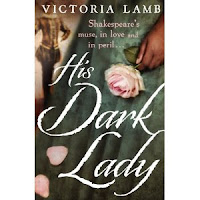 When young, aspiring playwright William Shakespeare encounters Lucy Morgan, one of Queen Elizabeth I's ladies-in-waiting, the two fall passionately in love. He declares Lucy the inspiration for his work, but what secret is Will hiding from his muse?

Meanwhile, Lucy has her own secret - and one that could destroy her world if exposed. No longer the chaste maid so valued by the Virgin Queen, she also bore witness to the clandestine wedding of Lettice Knollys and Robert Dudley, a match forbidden by the monarch.

England is in peril. Queen Elizabeth's health is deteriorating, her throne under siege from Catholic plotters and threats of war with Spain. Faced with deciding the fate of her long-term prisoner, Mary, Queen of Scots, she needs a trusted circle of advisors around her now more than ever.But who can she turn to when those closest to her have proved disloyal?

And how secure is Lucy's position at court, now that she has learned the dangerous art of keeping secrets?

London WW2. Meggie Elliot goes to work in a decoding unit and falls in love with her aristocratic, but mysterious boss, Nick Cowan, who doubles as a burglar in his spare time.

Anonymous letters and phone calls are only the beginning of Fiona's troubles. The investigative journalist is about to expose a celebrity businessman's criminal activities but he's determined to stop her. She's not the only one to use rural
England as a bolt hole, and when she meets another runaway
from life a serious case of true love attacks them both. Blake Mayer, an American, is recovering from a nasty divorce plus deep into a bad case of songwriter’s block.

The truths they hide from each other, an exploding caravan and their interfering families are only a few of the obstacles love must overcome to win them over.


Posted by theromaniacs at 7:00 AM

Thank U so much now I learned something new and it’s very very interestingly. I wish you all the best.

I am glad you shared this list. These books are really interesting and have intriguing stories. I wish I could grab a copy of these books too.