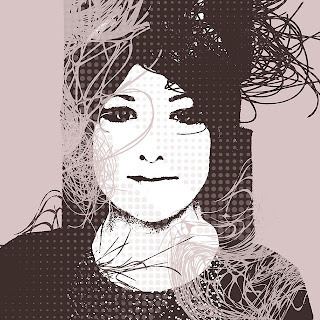 I am pleased and deeply intrigued to welcome Kitty Charles to the RNA Blog. Kitty was born in 1970 to parents who worked in the Foreign Office. She attended thirteen different schools, speaks five languages and became a Brownie Guides egg and spoon champion aged 8. She has worked as a nightclub cocktail maker, a wardrobe assistant at BBC Pebble Mill and a Postwoman. She can touch her nose with her tongue.

I understand that Kitty Charles is the pseudonym for a collective of bestselling authors, do tell us how you came up with the idea and formed the writing team.

Mostly, we blame the cava. You know what it’s like when writers get together. We were on our second bottle (or perhaps third) when one of us said, ‘Wouldn’t it be fun to write something together? In serial form, like a soap opera, or how Dickens used to write? E-books would be perfect for that sort of format: small, cheap, and easy to publish quickly.’

We immediately started to brainstorm the story. We all loved the idea of an old-fashioned shopping arcade in a seaside town, with twelve shops—one shop for each month of the year. We thought we could write one story a month, of 10,000 words or so, each focusing on a different shop. The stories would be self-contained, but they would also tie in with longer story arcs that would span the entire year. We drew a map of Angell’s Arcade and began to come up with the shops and the characters that would inhabit them. It was tremendous fun. We started writing the first episode right away. 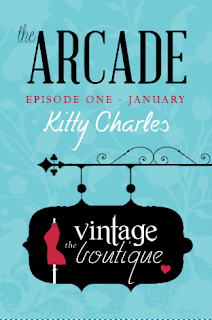 Is the Charles part of the name in honour of Charles Dickens, who also wrote in serial form?

How would you best describe the style, voice or feel of the books? Is this difficult to achieve as a team?

They’re fun, soapy, flirty and sexy. The characters are larger-than-life and they all have secrets. It’s hugely fun to write because we can all egg each other on.

So how does it work in practice? Tell us something of the process you go through to create and write a story collectively.

We’ve divvied up the shops between us: with twelve shops, one for each month of the year, and six authors, we’re each responsible for two shops. But because the storylines interconnect, we have to collaborate on plotting. We have some storylines that we’ve all agreed on already, but each author is more or less in charge of her own episode. 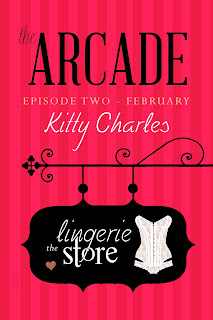 Before we start writing, we might ask some questions or brainstorm together, in person or via email. Then we share a synopsis for each episode, and we add things or comment in it. Then one of us goes off and writes the episode. This is the best part! It’s such a treat to write something that will be shared with five other authors who you think are fantastic.

Of course, it’s also quite scary writing something to be shared with five other authors who you think are fantastic. But it is wonderful getting the episodes to read, about all of these characters we’ve created. It’s like revisiting dear friends every month.

What do you think is the important ingredient for this kind of story?

There are two vital ingredients. The first, obviously, is alcohol. The second is fun! We are writing and publishing it because it’s fun, and we want the reader to have fun, too, so that she wants to check in each month to see what’s going on in Angell’s Arcade.

Have you involved professionals in the production of your ebooks?

Several of us have self-published successfully already so we feel confident about that part, though we do employ a professional cover designer.

Tell us what you have discovered about each team member’s funny little phobias, superstitions or habits connected with writing.

Coincidentally enough, all six of us insist on wearing our lucky socks when we write. 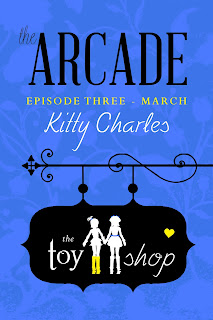 Actually, that’s a great idea…we could have a different song for each of the shops in Angell’s Arcade. Chocwaves, owned by sexy womaniser Magnus: ‘You Sexy Thing’ by Hot Chocolate. Italian deli Papa Rigatoni’s, owned by warring couple Rosa and Luca: ‘Mama Mia’ by ABBA. Tamara Van de Beur’s jewellers: ‘Diamonds are a Girl’s Best Friend.’ And let’s not forget all the sexy Latin music for Ernesto’s tango studio. You could even have Robbie Williams’s ‘Angels’ for the ghost of Victorian visionary Frederick Angell, who haunts the arcade to which he has given his name.

Who is Kitty’s favourite literary hero and heroine?

So what next? Will this series last throughout 2013, and do you have any plans beyond that?

We’ll be publishing THE ARCADE all year in installments, and hope to publish a compilation volume of the whole thing at the end. Beyond that…we’re thinking the sky’s the limit.

THE ARCADE is a sexy, sassy, soapy story set in a beautiful Victorian seaside shopping arcade – where the dramas and rivalries are as dazzling as the window displays. It’s as addictive as chocolate truffles from the Chocwaves store, as sexy as honeymoon lingerie from The Garden of Eden, and as scandalous as a night in Ernesto’s tango studio. And the best bit? The Arcade comes to you in monthly episodes, so you can get your fix of sex and shopping every four weeks… a new story will become available every month throughout 2013.

In January we meet Faith Moore, a newcomer to Angell’s Arcade who’s looking for a new year and a new beginning, to forget her sad past…

In February we spend Valentine’s Day with lingerie shop owner Eden Hart, who sees every man who enters her shop as a possible replacement for her lost love.

March is the story of Libby Bartlett, who wants a night of escape from her four children, but finds more than she bargained for. 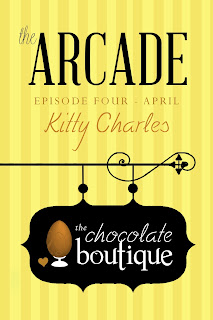 And April features the Arcade's most eligible bachelor, Magnus Elsinger, who's about to discover just how hellish a woman scorned can be.

Thank you Kitty for sparing time to talk to us today. We wish you every success with the new series. It all sounds great fun.
Best wishes, Freda

This sounds fascinating! Now I'm wondering if I can guess which Kitty wrote which episode :)