Today we welcome Georgina Troy, another of our contenders for this year's award.

Congratulations on graduating the RNA New Writers’ Scheme, Georgina. Can you tell us when you first decided that you wished to become a romantic novelist? 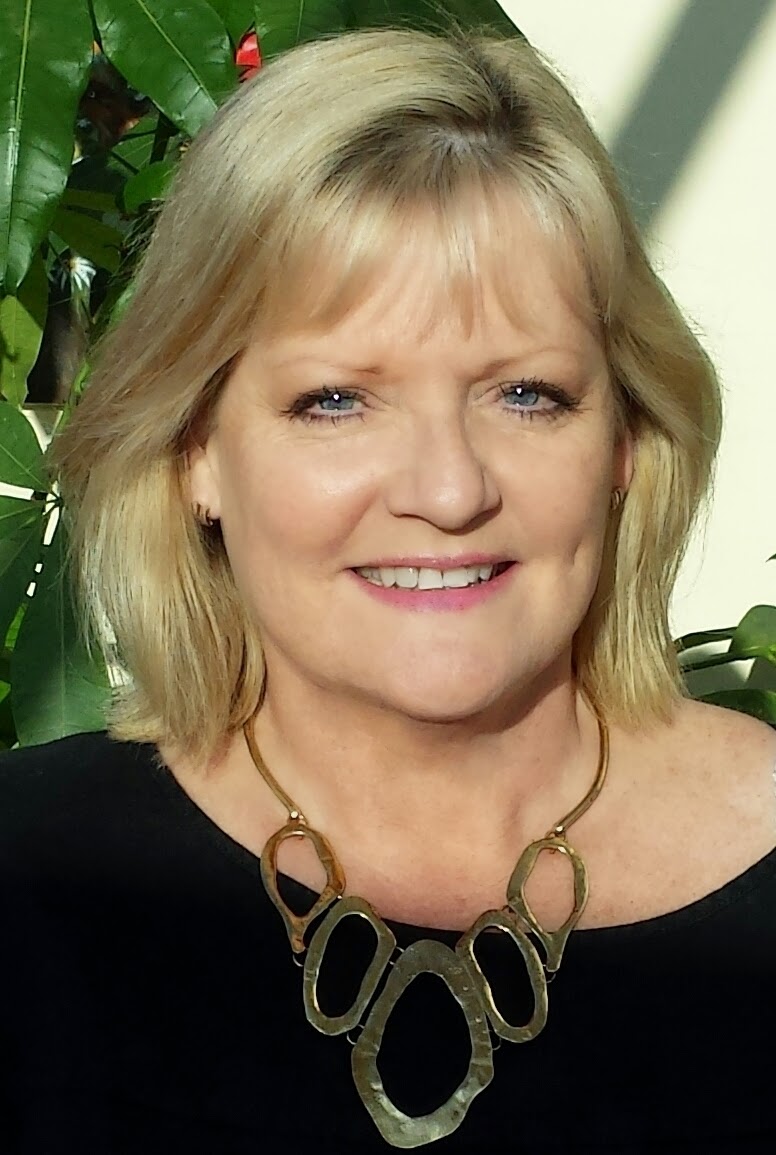 Probably in my early twenties when I wrote bits and pieces but did nothing with them. In my thirties I wrote the first 5,000 words for a writing competition and then completed my first full novel, but divorce and a lot of changes meant I put it to one side. Nine years ago my second husband suggested I begin writing again, which I did. I don’t think he realised how much time I’d be spending writing or staring in to space though.
How many years were you a member of the NWS scheme and did you submit a different book each year? Which year’s book did you graduate with?
I was a member for eight years, I think. I submitted four books and A Jersey Kiss was year two or three (it had a different name then) and I submitted it a twice, receiving excellent advice both times from my reader.
How did you find your publisher?
I submitted to a couple of publishers online. I was offered a contract with one but decided not to go with them. I was wondering if I’d made a big mistake when I was contacted by Accent Press a few days later. They’d read my submission and I was delighted that they wanted to republish my first two Jersey romances with a further two new books in the series.
Promotion is a big part of an author’s working life. How did you promote your novel?
When I originally self-published A Jersey Kiss, I arranged a blog tour through Fiction Addiction Tours. I took part in giveaways and blog parties, where I met new reviewers and readers. I blogged weekly, tweeted and joined online writers’ groups through Facebook. I received a lot of support from reviewers who had enjoyed the book, new readers and other writers who offered for me to be a guest on their blogs.
What has happened to you as an author since that first sale?
I’ve been editing Book 2, completed Book 3 and am working on the first draft of Book 4 in the series. Since signing with Accent Press, I’ve enjoyed becoming a part of their supportive and friendly team. I’ve reduced my working hours slightly to give me more time to focus on deadlines. I’m beginning to feel like a ‘proper writer’ now, which is incredibly exciting. 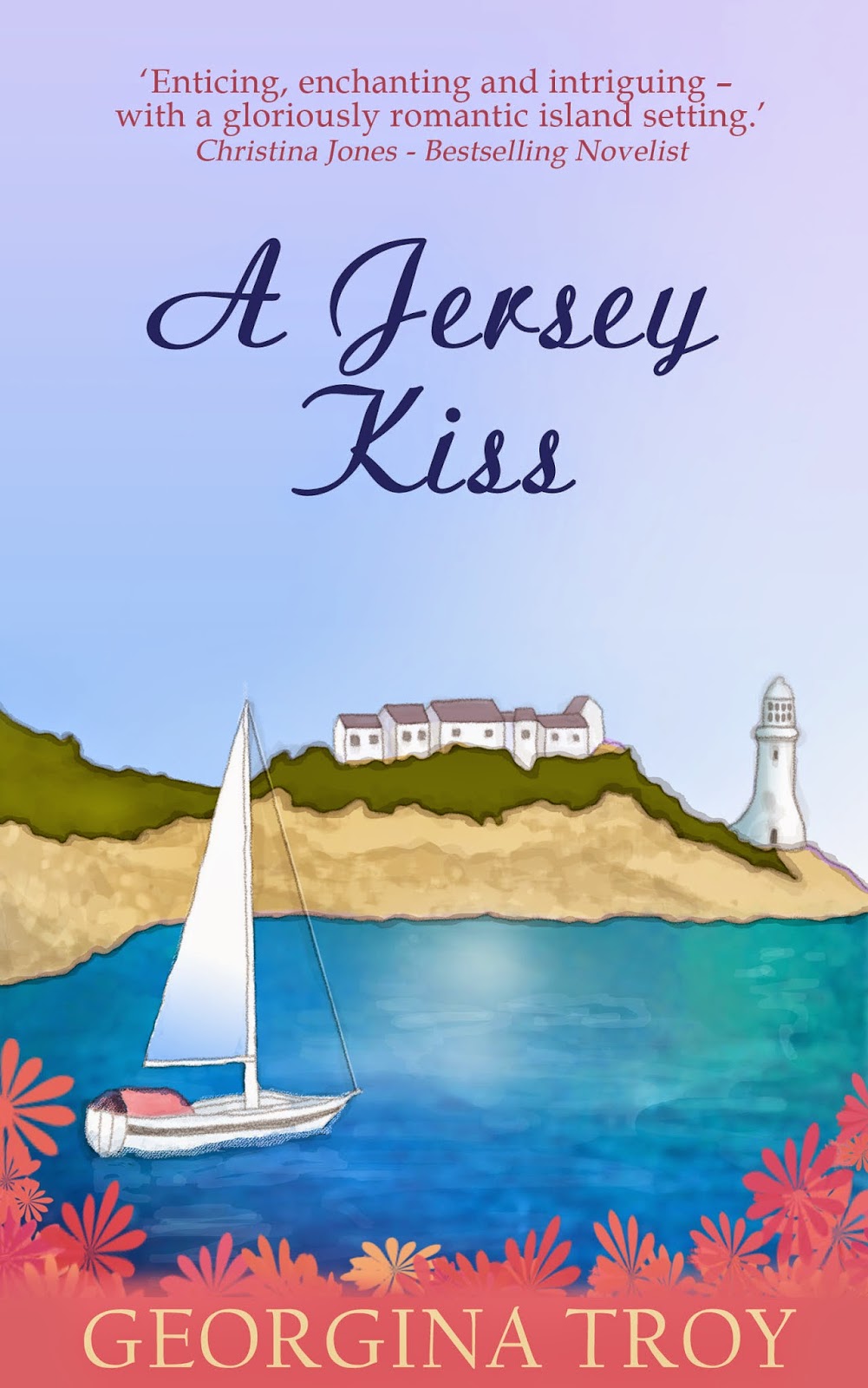 How did you celebrate your first book sale?
My mum was in the island from her home in South Africa and we opened a bottle of champagne together and sat outside in the garden drinking and chatting.
About author, Georgina Troy:
Georgina Troy bases her Jersey Scene series on the island where she lives and when she isn’t daydreaming about gorgeous men or plotlines, she’s walking on a nearby beach or working on her next book. Previously self-published, Georgina was signed by Accent Press in August 2014.
Links:
Amazon
Website


Thank you, Gerogina and good luck with your future writing career.
Posted by Elaine Everest at 1:41 PM

Thanks very much for inviting me onto this wonderful blog. I'm delighted to be a contender for the Joan Hessayon Award. x

Thank you very much, Jenny x

Many congratulations, great to read about your writing journey :) x

Fascinating to read about your journey, Georgina. How lovely, living in Jersey!

Georgina, what a journey you have had. How wonderful that you have found a home at Accent as well. Jersey is a fab place to write and a fab place to set your stories. I wish you loads of success and happiness with your writing. Thanks for sharing this. :)

Thank you very much, Sophie. x

Thank you Janice, Jersey is very lovely and there's always inspiration here for my books. x

Thank you very much, Jane.

I've enjoyed seeing your pictures taken in Jersey and love being an Accent Press author, especially as it means I get to know other authors who are also published by them, like you. x

Thank you for taking part in the Joan Hessayon Award interviews and good luck! x

Fantastic news and so well deserved!

Thank you and thanks very much for inviting me onto this wonderful blog, Elaine. x

Thanks Fee, that's very kind of you. x

Congratulations Georgina! Look forward to seeing you at the Summer Party.

Lovely to read about you, Georgina. Lots of words under our belts since we met at the New Cav and attended the HNS conference! I hope you have a wonderful summer xx

It's great to read your story Georgina. And what a lovely place to live. Look forward to meeting you in May.

Thanks very much, Anita. I look forward to seeing you again at the Summer Party.

Thanks very much, Karen. Jersey is a lovely place to live especially in the summer months. I look forward to meeting up with you at the Summer Party.

Congratulations, Georgina! Exciting times. Looking forward to meeting you at the party.

Thank you very much, Joan. I loved your interview and look forward to meeting you at the Summer Party. x