Have you thought about writing a short story? How about a serial? Today a very busy Wendy Clarke visits the blog to explain about these different styles of fiction writing.

Welcome, Wendy. How long have you been writing? Is it a full time job for you?
I started writing in the spring on 2011. I had been an English teacher at a small private primary school and had recently received the news that it would sadly have to close due to the recession. Unsure of what the future held, and unable to make any decisions, I enrolled on a writing course for something to do. To my surprise I loved it and when it finished, did a second. The following year, I 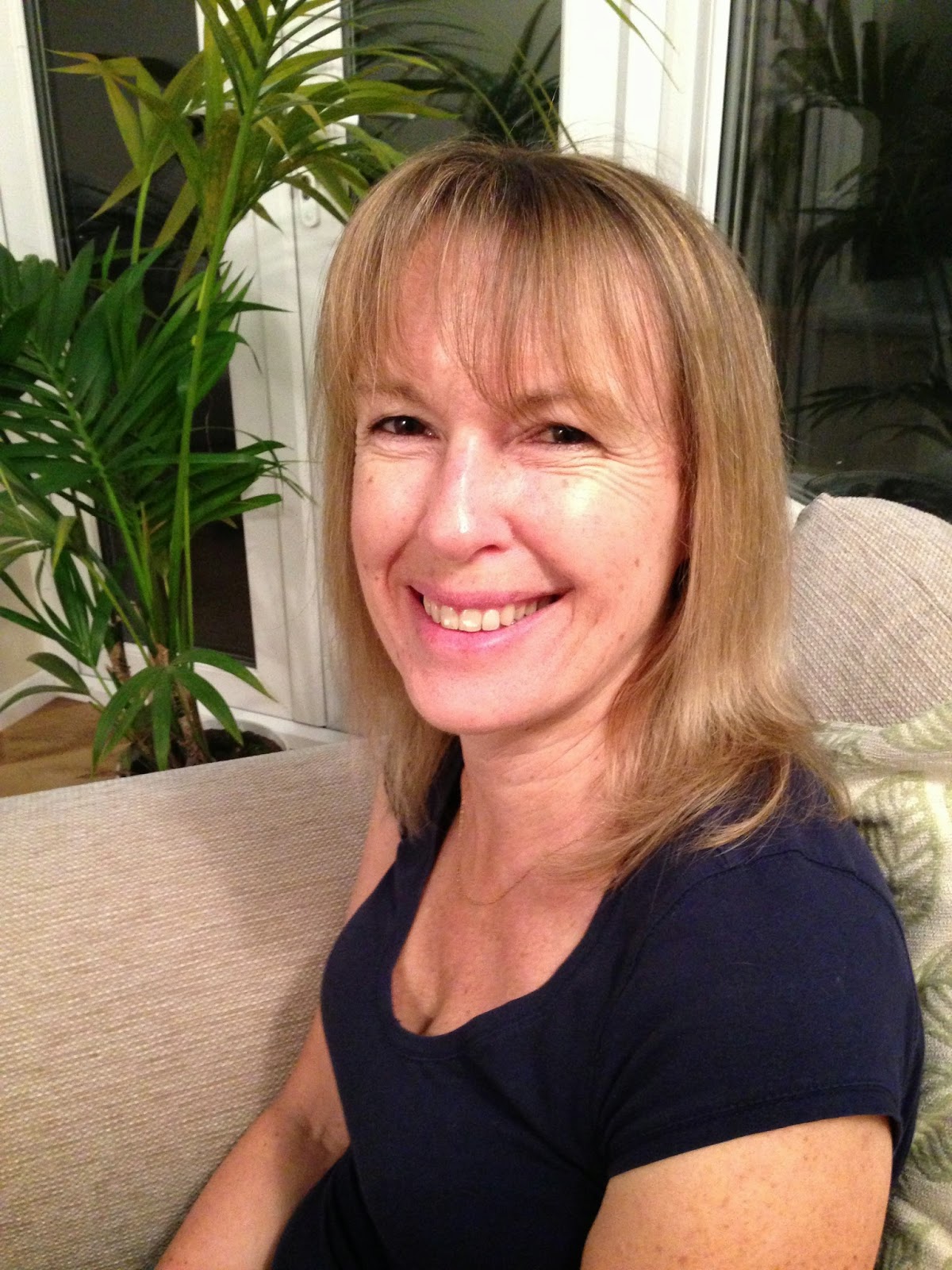 was brave enough to send out some stories to magazines and three months later, had my first sale. After much discussion with my supportive husband, I decided that writing would be my new career and have been writing for magazines ever since. It is not a full time job, though – I try and balance my writing life with other things.

You write short fiction for the women’s magazine market. How many stories have you sold and do you have a preference for a certain style of short story?
I recently had a count and found that I had sold one hundred and twenty and I am very grateful to the magazines for liking my work. I write in a range of styles and genres, twist, humour, historical... but I write a lot more romance than anything else and my stories have often been described as having emotional depth – which I hope is true.

At what point did you decide it was time to write a serial?
Until I started writing, I’d never thought of myself as someone who liked a challenge but each year, I seem to be striving for something new and a serial seemed a logical progression. I had been writing regularly for The People’s Friend and my editor had been encouraging me to write a serial for a while, but I kept resisting. Then one day, I was trying to write a short story about the German occupation in , and realised that the characters and storylines were too many and too complex to fit into 3000 words. It was my light bulb moment and my first serial, ’s War, was born.

How does a magazine serial differ from a short story? Is there a certain word length?
There are several differences between short stories and serials - the most obvious being that a serial, especially a longer one, takes more stamina! The plot needs to be more complex, with several stories interweaving, and each instalment must end with a cliff-hanger. This is because a serial has to keep the reader interested for a longer amount of time and at the end of each instalment they must be left desperate to know what is going to happen next.
There will also be more characters in a serial. Whereas a short story will usually have one or two main characters, a serial will have a whole cast – each with their own unique problems which will become sub-plots. Unlike a short story the serial will be told from the viewpoint of two or three characters.
One of the biggest differences, for me anyway, is that a serial needs to be planned out. It’s essential to keep the storyline tight and on track and the magazines won’t accept one without a synopsis. I never plan my short stories, I just get an idea and start writing but, although daunting, being made to plot out the storyline for the serial really helped me get to grips with it before I started.
As for word count, I can only speak for The People’s Friend, as they are the only magazine I have written serials for. They accept stories of between four and ten instalments, the first one being 6000 words and the following ones 5000. Quite a lot longer than a short story.
The bottom line is serials are more intense... but very rewarding. 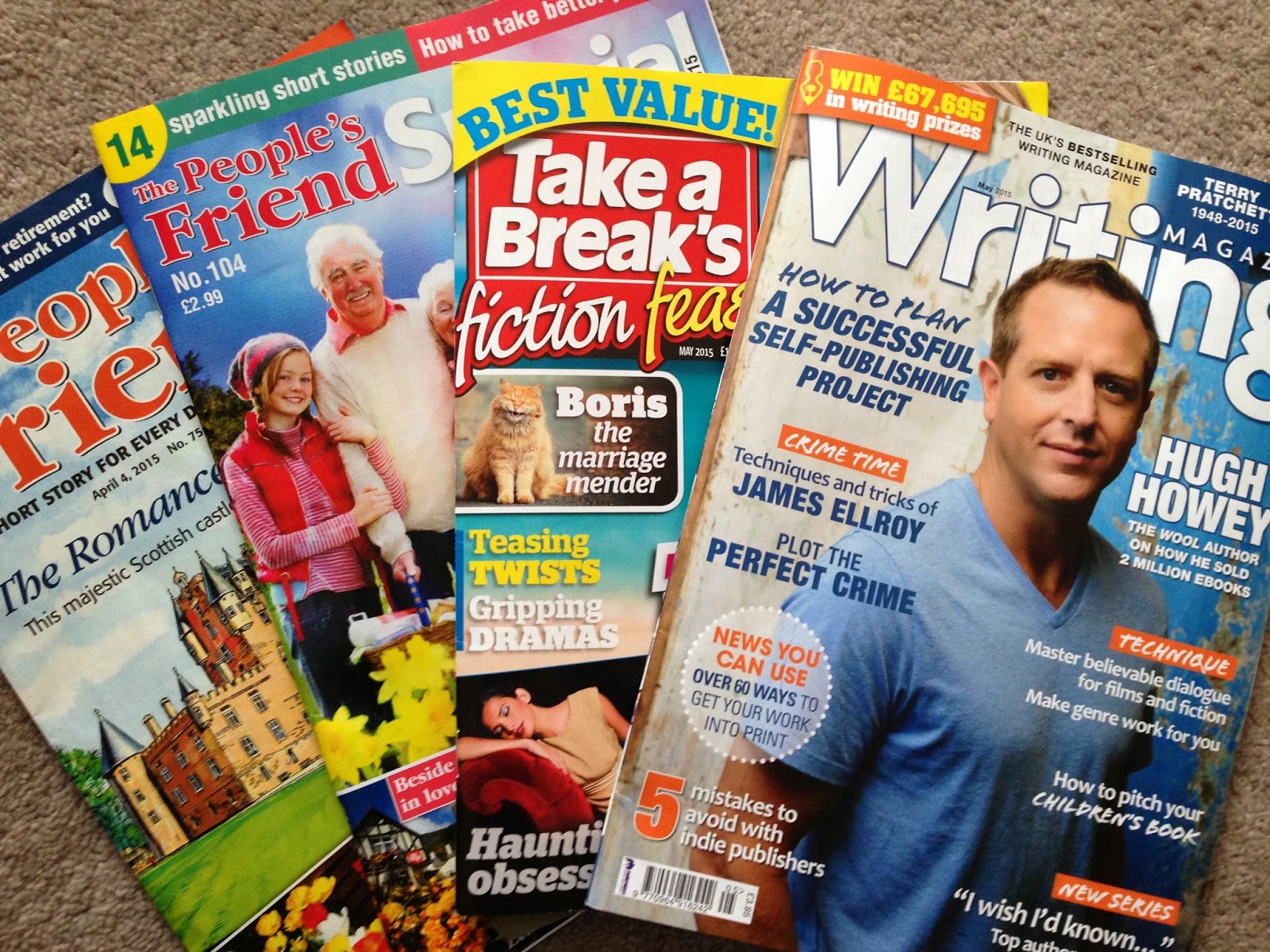 Are you given free reign to write the whole serial or is the idea pitched to the fiction editor.
How it works is you pitch your idea along with the first instalment, a synopsis and a character list, to the fiction editor. If they like the idea, they will assign you an editor to work with. You then write one instalment at a time which has to be checked (and maybe edited) before you write the next. Patience is a virtue in the serial game!
How long does it take you to write a serial?
I suppose it depends whether you mean how long does it take to physically write it or how long does the whole process take? What I did was to set aside a week to write an instalment then would send it to my editor, who might get back to me with some proposed changes. This would then be looked at by the fiction editor and then the magazine editor before I’d be given the go ahead for the next instalment – maybe several weeks later. While I was waiting to hear, I would spend my time writing short stories which suited me very well. To put it into perspective, I started writing my first serial in July 2013 and it has just been published this month. In that time I have written a second serial.
You write articles for writing magazines. Can you tell us about this?
That was another of my challenges! I fancied trying my hand at writing a feature and wanted to write about things that affected me personally. At the time, my blog Wendy’s Writing Now, was getting more followers and I was starting to have guests (either by request or invitation) on it. I was also being asked to write my own guest posts for others and it made me think about the guest/host relationship and how it could be beneficial to both... as long as certain steps were followed to make things run smoothly. With this in mind, I wrote my first articles for Writing Magazine, ‘How to Be a Good Blog Guest’ and ‘How to be a Good Blog Host’. This was followed by a Writing Magazine article which talked the reader through my experience of putting my first short story collection together using KDP. Finally, I have an article in this month’s magazine where I talk to People’s Friend fiction editor, Shirley Blair and other serial writers about writing serials for the magazine.
You are now a member of the RNA New Writers’ Scheme. How do you balance your writing time between short stories, serials, your novel and articles?
Let’s just say I’d never be any good in a circus, as juggling might not be my strong point! My problem is, I love writing all of these things and don’t want to give anything up. I have to be sensible though and because I have started a novel (and it would be nice to have something to submit to the reader in August!) I have said that I won’t write any more serials until it is finished. The plan is also to cut down on the articles too but I am still writing short stories alongside the novel – after all, they are my income!
How do you see your future as a writer?
I seem to be following a path that others have taken before me – moving from short story, to serial, to novel. I suppose, like everyone else, I would like to see myself as a published novelist... but we’ll just have to wait and see!

About Wendy:
Wendy Clarke is a full time writer of women's fiction. Her work regularly appears in national women's magazines such as The People's Friend, Take a Break Fiction Feast and Woman's Weekly. She has also written serials and a number of non-fiction magazine articles.

Wendy has published two collections of short stories, Room in Your Heart and The Last Rose. Wendy lives with her husband, cat and step-dog in Sussex.


Thank you so much for visiting the blog, Wendy and good luck with your NWS submission.

Thank you for inviting me to be a guest on the RNA blog.

Great interview, thanks to both of you! Wendy did amazingly well in a short time with short stories and then serials, and I can't wait to read her first novel.

Which means I'd better get on with it!

You took my breath away with the amount of success you've had, Wendy. Thank you for writing the piece. x

Thank you for having me.

What an inspiring blog post - thank you for sharing.

Really enjoyed the interview. Good to hear more about the whole process of writing a serial. Thank you!

I've enjoyed following your amazing writing career so far, Wendy, and I've no doubt we'll see that first novel before too long!

It's getting there... slowly but surely!

Really enjoyed this Wendy, you have done so well in a relatively short space of time - made me think I'd like to have a go a shorter works! Wishing you well with all your writing, Julie x