Who knew the RNA had their own connection to Poldark? We welcome member John Jackson to the blog to tell us about his connection to the Bottallack Mine. 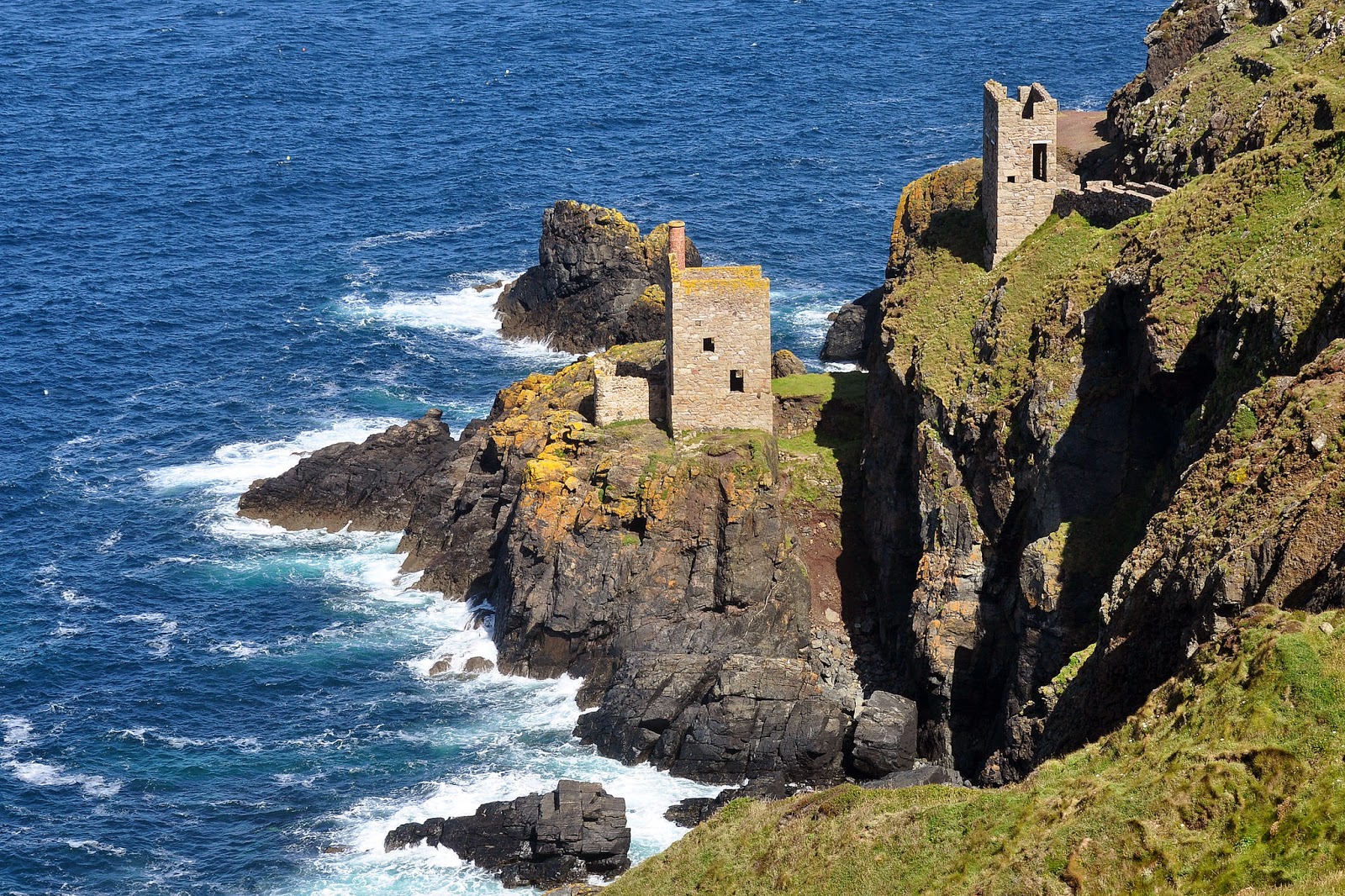 Most readers will have seen either the new series of Poldark, or remember the old series with Robin Ellis and Angharad Rees as Ross and Demelza. The old mine buildings at Pendeen, all part of the Botallack Mine, or Crown Lands, lie at the very tip of the toe of Cornwall, and they have been photographed more than any other major landmark in the area (with the possible exception of the Land's End signpost).


The mine produced copper, tin and other minerals for several hundred years but closed down in the early 1800s when the seams or reefs of ore ran out.

My great-great-great-grandfather, one Stephen Harvey-James, then took the lease on the mine and, with the help of investors, brought it back into production, becoming the Purser of the Botallack in 1836 (i.e. the head of the mine) and holding the position until his death in 1870. The post was then taken on by his son, also Stephen, who saw the reefs finally run out and production halted five years later. The elder Stephen was Purser when the Prince and Princess of Wales visited the mine in 1865.

At its greatest the mine shafts ran to a depth of 250 fathoms, or 1500 feet, and up to a quarter of a mile out to sea. In the height of a storm, the miners in the shafts and adits closest to the seabed could hear the sound of boulders and stoned being rolled around and crashing against one another in the waves. 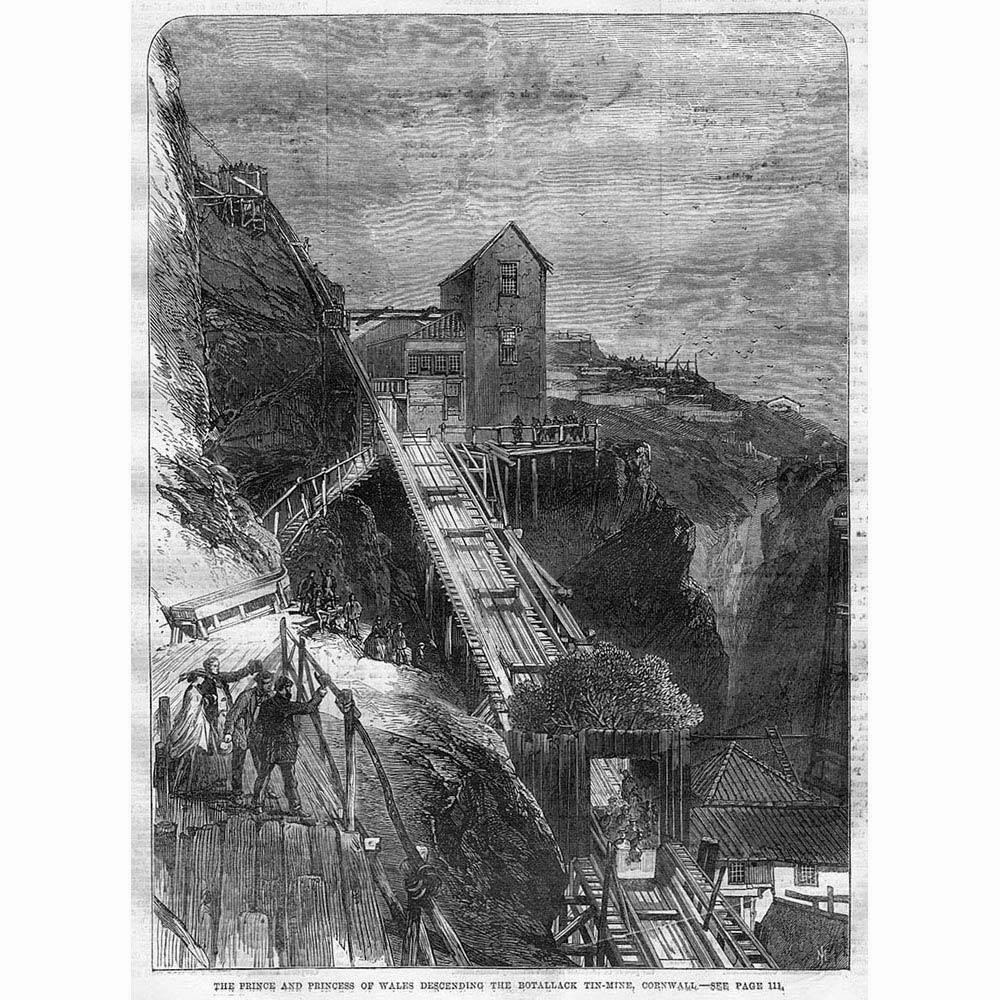 The miners used to descend on wooden ladders, wearing leather aprons and a leather or felt hat with a candle stuck to the brim. This was their sole source of light. Miners did sometimes get lost in the maze of tunnels. Deaths were frequent in all the Cornish mines. The concept of “health and safety” didn't exist in those times.

The miners would hack out the ore and it would be taken  up to the surface in buckets or tubs, using blocks and tackles or pulleys in the earlier years. Steam power, when it arrived, allowed the mines to work deeper, as they could pump out the water that always leaked through the cracks in the rocks. When they developed winches they could pull larger buckets of ore out. The ore would be spread out on wooden tables near the head of the mine and broken up into small pieces by teams of women. After the rubbish had been removed the finished ore would be sent inland to the smelters.

Sporadic attempts have been made to restart production at the mine but, even with the massive rise in the price of copper and tin, so far it hasn't proved a practical proposition. R M Ballantyne, the late-Victorian author, wrote a book about the mines called “Deep Down”. It's free on Kindle and provides a very real picture of life in a mining community. Its also very readable.

Both the Stephen Harvey-James' mentioned here are buried in St. Just Church – the churchyard there is FULL of James' in particular. Later Harvey-James' tended to go into the Indian Civil service. My cousin, Justin is, I think, the last of the Harvey-James line. 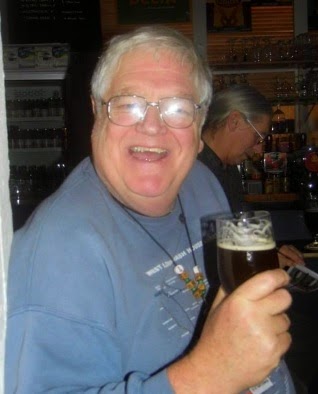 John is a member of the New Writers Scheme and is some 75000 words into his first book, based on some family history. He Tweets and posts on FaceBook incessantly.

Thank you, John for a most interesting article.

The RNA Blog is brought to you by:
Elaine Everest & Natalie Kleinman.
If you would like to contribute to the blog please contact us on elaineeverest@aol.com
Posted by Elaine Everest at 7:00 AM

How wonderful to have that connection, John! I love family history and you never know what you're going to come across. Great post!

Great piece John and love the connection. I've painted that same view in the picture twice...can never quite manage to do it justice!!

What a great post and even more interesting for the authentic family connection to the area.

You can't beat a personal connection! Interesting post, John, your family seems to have been a mine of fascinating stories (see what I did there?)

A very interesting history of Cornwall, John. I'm in the process of researching family history and have discovered my Cornish background. My great-great-grandfather, Christopher Harris was born in Gwennap on 27/3/1825 (my birthday is also the 27th March!) and became a copper miner in the Liskeard region of Cornwall. My great-grandfather, also Christopher Harris, married Ellen Tennant in 1883 and migrated to Australia in 1884.

Interesting article. I spent all my childhood holidays in Sennen, the next village around the coast from St Just towards Land's End and I visited St Just many times.

I didn't realise that the mine had died quite so long ago.

Very interesting, John! I hadn't realised you're Cornish too. My family were all fishermen and china clay workers.

Thank you so much for contributing to the blog, John. Cornwall holds a very special place in my heart.

Very interesting post John. It must have been terrifying for those men. The thought of being so far underground with only a candle for light makes me shiver though!

How fascinating. Thanks for the insights, John.

What a fascinating post, John. I had no idea that you had a Cornish connection, and furthermore to mining. Your account of mining conditions was extremely interesting. Thank you for posting this.

I know this part of Cornwall well, and found your post very interesting, John. My parents lived near Marazion for many years and my cousin married a girl from St Just. The ruins of tin mines were part of the landscape as I remember.

Great post, John, so enjoyable too because of your family connection. Thank you! Julie x