Philip Whiteley: A Romantic at Heart

Philip Whitely tells us about his love of Romantic Comedy.

I believe you are a fairly new member of the Romantic Novelists' Association (RNA). What prompted you to join and can you tell us a little of your experiences so far? 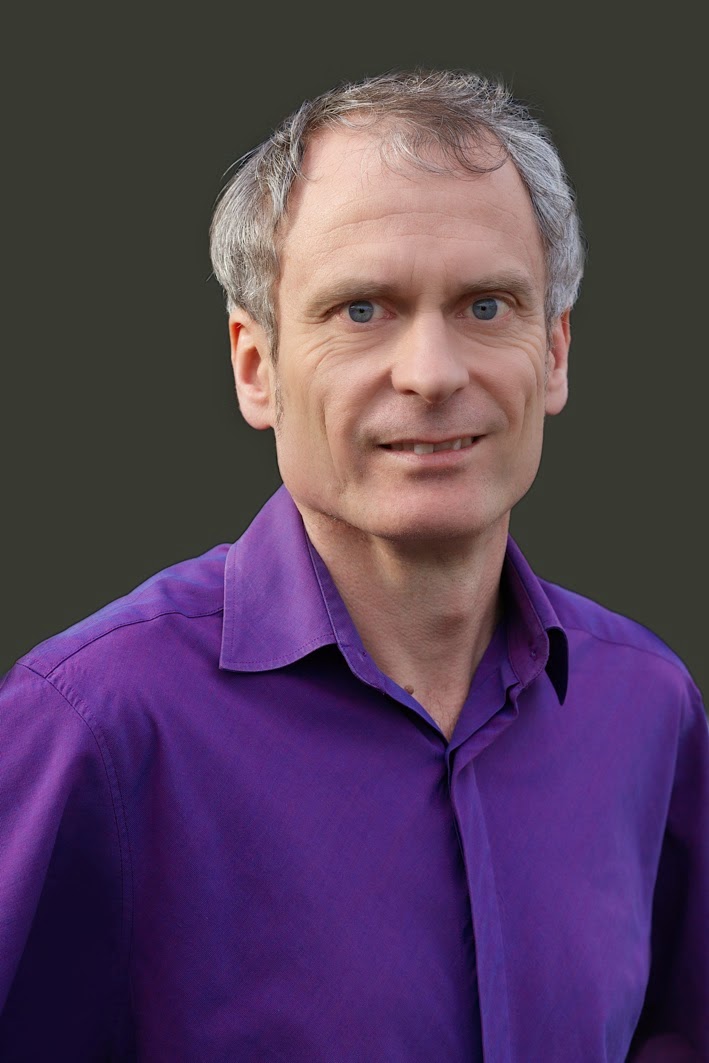 I’m an experienced writer, but Close of Play is my first novel. I wanted to join an association as I find talking with other writers to be so rewarding, so I just Googled something like “UK association for romantic novelists” – of course the RNA came top of the search list! My experiences so far have been very positive: lots of encouragement, and a great first event – Eloisa James on 7 March.

It isn’t unheard of but it’s more unusual for a man to write a romantic novel than for a woman. What made you choose this genre?
It was more by accidental evolution than conscious design! I began Close of Play many years ago. Originally it was going to be a more ambitious, philosophical work. That was beyond me, though maybe there are some more thoughtful elements that have been retained. I realized that, by making the male lead more verbally clumsy, more fearful of loneliness and in need of rescue by the love of a good woman, it could become a romantic comedy. So I focused on making it more heartfelt and with more sweet moments.

Has writing always been part of your life? When did you begin ‘putting pen to paper’?
I’ve always had a little commentary running in my head about things. So I’m always ‘writing’ in a sense; but I only began doing so as part of my work in my early 20s when I did some press work for the charity I was working for. I quickly realized that this was my real calling and I’ve been full-time as a journalist and author since the 1980s.

Today is publication day for your debut novel, Close of Play. I’m wondering if you struggled with choosing point of view. Do we read through the eyes of a hero or a heroine?
Brian ‘Colin’ Clarke (there’s a story behind the nickname) is the central character and it’s written in the first person, but he’s quite an eccentric character and I imagine the reader will often view his actions through the eyes of the female lead Elizabeth, who’s more rounded and in touch with the modern world, but also rather troubled in a different way.

Writing is a pretty time-consuming occupation. Are you otherwise ‘gainfully employed’ and, if so, how do you fit writing into your day – or night? 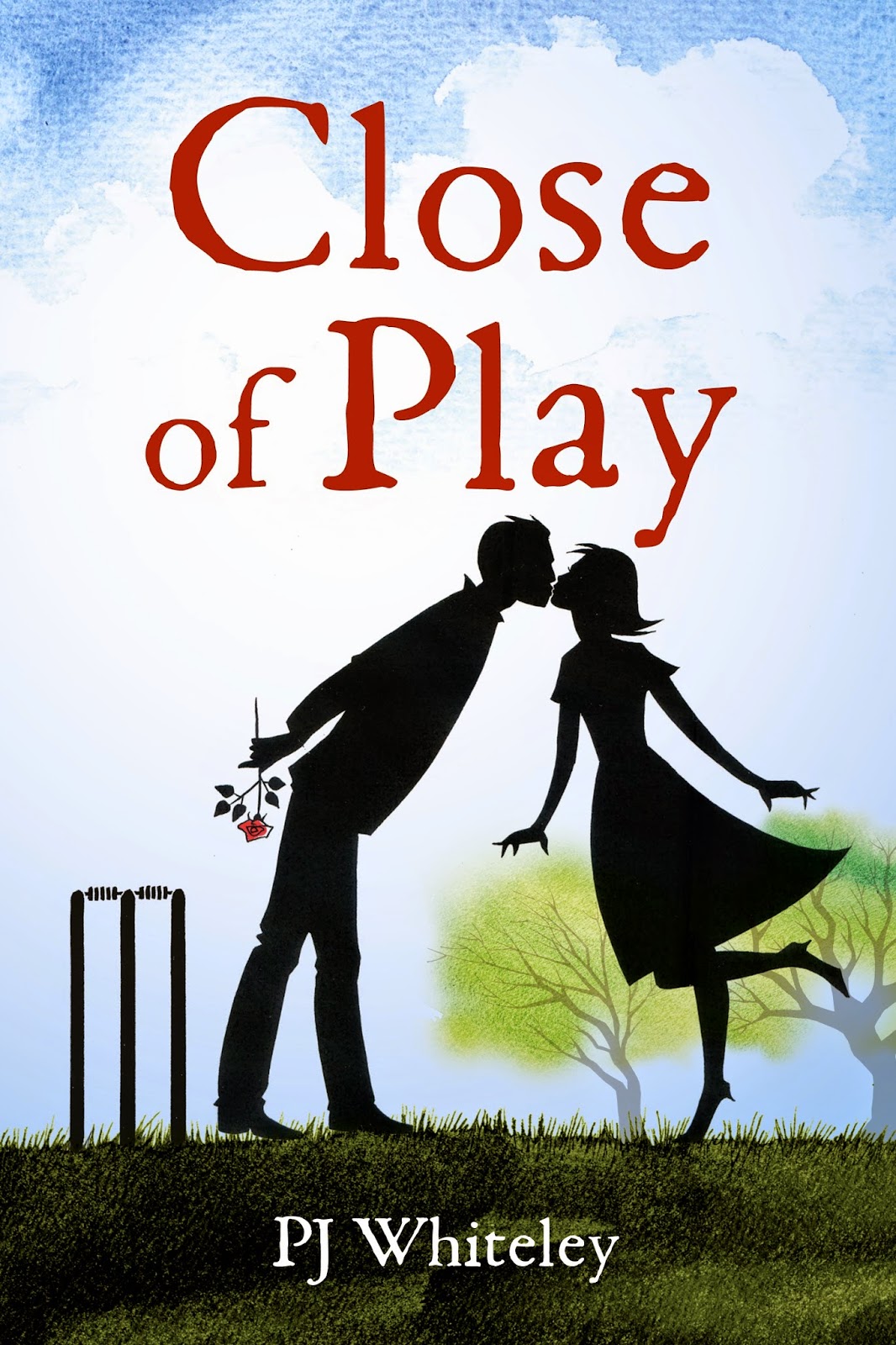 I earn my living full-time as an author, journalist and ghost-writer. I’ve written eight books on business management. It may seem a world away from romantic fiction, but there are some common points around how our beliefs affect our decisions. Close of Play was a hobby for many years, so I had to prioritize fee-paying commissions and fit my fiction work around them.

We’ve all heard the expression ‘Oh, that’s a girl’s film’. Would this prevent you going to see one?
Absolutely not! I love romantic comedies, and I think the last action movie I saw was Jaws in 1976, which I hated. I have a sentimental heart and one of my favourite movies is Serendipity, with the lovely Kate Beckinsale. I’m fascinated by the excitement of a new love affair as two people struggle to understand one another. I do struggle to empathize with our heroine if she’s drinking red wine and eating chocolates (what a ghastly combination) but overall I prefer relationships to car chases. Ideally there is some humour. Bad Teacher was funny.

Finally, did your novel involve much research and is this an aspect of your writing that you enjoy?
I’m firmly of the ‘University of Life’ school. There are things I need to check, but I mostly draw on my own experiences, without (intentionally) basing a character on a real person. It helps that I’ve studied personality types for management books; also that I’ve had an eventful life, involving travel and having my heart broken. I write about the world that I know about. I focus more on strength of emotion than detail of place. You can have both, but I’d prioritize listening to a Joan Armatrading song like The Weakness in Me over studying the Ordnance Survey maps of the novel’s location.

Close of Play by PJ Whiteley, published Urbane Publications April 2015
Brian Clarke has a life of weekend cricket and careful interaction with those around him. Then he meets Elizabeth, a caring soul who breathes hope into his heart. Dare he risk falling in love? Close of Play is a thoughtful, funny tale of missed opportunities and a chance at redemption.

PJ Whiteley becomes a first-time novelist in April 2015 with the publication of Close of Play, a romantic comedy. As Philip Whiteley, he is an experienced journalist and author of business books. He is a member of the Society of Authors and of the Romantic Novelists' Association.

Thank you for joining us today, Philip, and good luck with Close of Play

Great to read your answers, Philip, and to see a man writing romantic comedy.

Thanks Rosemary! It's a privilege to be interviewed.