Fenella Miller Talks About the Pleasure of Research 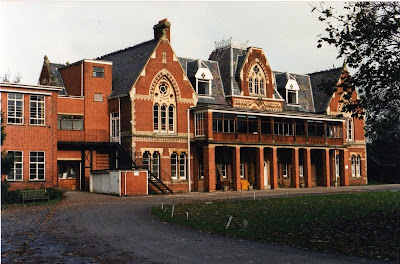 Researching is part of the pleasure of writing historical fiction. I am much more familiar with the Regency era than I am of the Second World War. My current work in progress is a romantic suspense set in 1941 near Debden, which was an RAF base at the time. a female protagonists is a land girl, the hero an RAF pilot and the other male protagonist a German fighter pilot shot down over Debden.
Saffron Walden, so called because it was the focus of the saffron trade in mediaeval times, is the nearest town, about 3 miles away. It's a pretty, unspoilt town, with most of the buildings listed. The photo is of the Victorian building that was the hospital during the war, it is now the council offices.You can see from the aerial view taken 10 years ago that the airfield is exactly as it was, apart from the fact that hangars have been demolished, the air traffic control tower gone and an army barracks now with the main buildings used to be. The buildings on either side of the main gate were built in 1934, originally they had flat roofs but they are pitched. 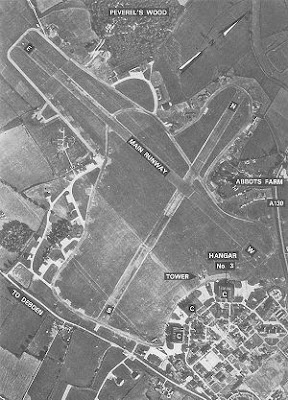 I was privileged to be taken on a conducted tour by a very friendly local farmer. He had arranged to drive me around the airfield. It was awesome to look down the 1 mile long runway and think that the bombers ( Blenheims and Beaufighters) had trundled down this very concrete.

I was astonished to discover that Debden Village had no electricity until 1954, and my guide pointed out the place where one of the standpipes was positioned. They must have lived like Victorians even though 3 miles down the road they had everything in the way plumbing and so on. I've yet to discover where the nearest telephone was, the farmer told me his family had had one but he didn't know if anyone else had.
Debden airfield is over 400 acres, until I drove around the perimeter where the fighters and bombers used a taxi to get in position to take off, I had no idea it was so big.
The best story I discovered was that a German fighter landed on Debden airfield in error, he even got out of his plane and went to speak to someone in the control tower. He managed to taxi round and take off before he could be shot down or captured. Further investigation has led to the discovery that this pilot had also landed in two other places - he was either a shockingly bad navigator or the very brazen spy.
I'm going back to spend the day at Saffron Walden next week, I didn't have time to do more than go to the library to collect some books I'd ordered. I must visit the art gallery and museum and go on the historic walk before the weather becomes too unpleasant. 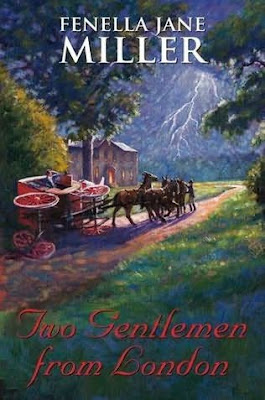 Fascinating! Great blog Fenella. It's amazing that the airfield is still there - and not turned into a housing estate! Take care. Caroline x

I did go back to Saffron Walden and the museum is wonderful -a little bit of everything from stone age on.
I apologise for the various typos in my first post -I use Dragon -voice recognition - and it tends to mishear and I don't always cehck as well as I should.
Fenella

Very interesting, Fenella! I love hearing stories about places - especially places not so far away, that I should know but don't really! I admire those of you who write historical fiction, for the amount of research you need to do. Good to hear that it's part of the pleasure, for you. x