Today we welcome Gwyneth Williams to the blog. Gwynneth is another of the Contenders for the Joan Hessayon Award2015 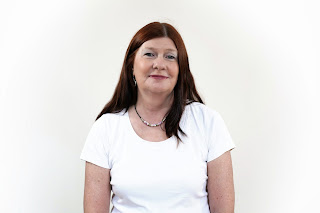 Congratulations on graduating the RNA New Writers’ Scheme. Can you tell us when you first decided that you wished to become a romantic novelist?
I don't think I ever made a conscious decision to write romance, although looking back my first attempt at an adult novel was very definitely in that genre. After having my daughter I wrote picture books and then a children's fantasy adventure novel, but I had no success finding an agent or publisher with these early attempts and decided to write another adult novel with a romantic theme. It was during this time I was encouraged to join the NWS by members of my writing group, who already belonged to the RNA.

How many years were you a member of the NWS scheme and did you submit a different book each year? Which year’s book did you graduate with?
I was a member of the NWS for four years and in the first and second year I sent in a partial and then a full typescript of Echoes in the Sand, the novel I graduated with. In my third year I was looking for an agent and sent in the very beginning of a new novel which I have to admit I abandoned, and in my final year I was so busy editing for my agent I didn't have time to send in my next book.

How did you find your publisher?
I found my agent first through the RNA Winter Party! Kate Burke from Diane Banks Associates took me on in July 2013 and after working on the novel together for nine months, she sold foreign rights to a Serbian publisher and digital rights to Endeavour Press in September 2014.

Promotion is a big part of an author’s working life. How did you promote your novel?
Echoes in the Sand was published three months after its acceptance, so I didn't have very long to promote it. I already had a Twitter account and I created a Facebook Author page and joined a very active Facebook group for readers and authors. I also joined two author promotion websites, one in the UK and one in the States. And Endeavour Press put the novel on an Amazon free promotion for a week in February.

What has happened to you as an author since that first sale?
I have been very busy promoting Echoes in the Sand whilst continuing to write my second book and working full time at my day job, and because of this I am considering reducing my hours. I have been trying to raise my profile on social media and networking by meeting up with other authors at my agency's regular gatherings in London. I am also considering setting up a blog or website when I can find the time!
How did you celebrate your first book sale?
Initially I celebrated it at work during a coffee break with my colleagues, which was nice as they have all been very supportive of me in my writing endeavours. And then I went out for a lovely meal with my husband and daughter when she came home from university for the Christmas holidays. 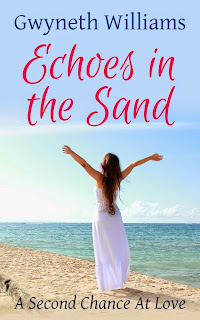 About Gwyneth:
Gwyneth works fulltime as a Scientific Officer in the University of Leicester’s medical school, and writes in her lunch breaks and any other time she can find. She had her first poem published at the age of eleven and has such a passion for all things Greek that she was inspired to learn the language and is quite proud of the grade B GCSE in Modern Greek she attained several years ago. One day she dreams of owning a villa on a Greek island and writing all day by the pool. In the meantime she lives in Leicester with her husband and daughter when she’s home from university, and two stray cats who moved in one day and refused to leave.


Thank you, Gwyneth, and good luck with your writing career.

Fascinating to read about your experiences, Gwyneth. I have to admit I share that dream of yours. If only...

Thank you Janice! It's such a pleasure and a privilege to be a Joan Hessayon contender this year, I'm beginning to feel very nervous about Thursday, but I intend to enjoy every minute of it!

Good luck to all the contenders for the award. It isn't easy getting an agent and the publishing contract these days so to have achieved both is pretty amazing. Very proud to have Gwyneth as a member of the Leicester chapter

Interesting post, Gwyneth. I look forward to meeting you on Thursday.

Good luck Gwyneth for the award. Interesting article too, always good to find out as much as possible about the author behind the book.

Thanks very much for all your lovely comments. Lizzie, I'm very proud to be one of the Belmont Belles, and Georgina, I'm really looking forward to meeting up with all the other contenders. I remember my first Summer Party in 2011 and watching with awe as the JH winner was announced, never daring to hope that one day I would be in the lineup!

Well done, Gwyneth, on your route to publication! Looking forward to meeting you on Thursday - the excitement's rising!

Glad to have made your acquaintance Gwyneth. Good luck with your writing, Moya