Today we welcome Heather Rosser to the blog. Heather is another of our contenders for the 2015 Joan Hessayon Award.

Can you tell us when you first decided that you wished to become a romantic novelist? 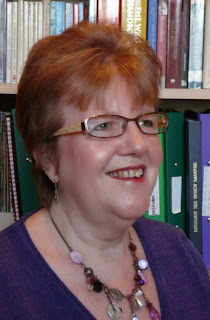 I have wanted to be a romantic novelist since reading romantic sagas as a teenager. My first novel was shortlisted for the Constable Trophy but not published. After my mother died I realised I had my own saga to tell based around the house in North Wales that had belonged to our family for nearly a century. I knew that I needed a structure for my story with its family secrets and colourful characters so I signed up for a ‘starting your novel’ course which is where I had the good fortune to be told about the RNA.

How many years were you a member of the NWS scheme and did you submit a different book each year? Which year’s book did you graduate with?
I graduated in 2013 with In the Line of Duty. I was a member of NWS for six years and submitted a partial manuscript of this novel under the title Shadows Across the Mountain and a full length manuscript titled Feathers in the Wind. I also submitted Rebel Causes, a stand alone sequel to In the Line of Duty.

How did you find your publisher?
I met most of the publishers who were interested in my book at RNA events. I also had recommendations about my current publisher from friends in the Oxford Writers Group.

Promotion is a big part of an author’s working life. How did you promote your novel?
I sent personal emails to all my friends, set up an author facebook page, was interviewed by local radio and had features in local newspapers. I persuaded local bookshops to stock my novel. I gave away copies on Goodreads. Since publication I have given monthly talks to libraries, WIs and other local groups. I always carry postcards promoting my novel which people enjoy receiving.
What has happened to you as an author since that first sale?
Metaphorically I have grown taller.
How did you celebrate your first book sale?
By opening a bottle of bubbly with my family in Oxford. And another bottle later with my family in New Zealand. 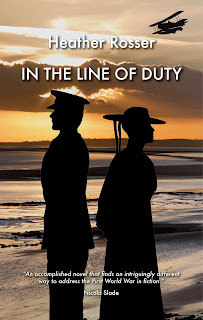 About Heather:
During my childhood I spent summers at the family home above Conwy in North Wales. As a student, I returned for weekends in Snowdonia with Leicester University Mountaineering Club. I was posted to Ghana as a VSO teacher and travelled to Timbuktu with Adrian: Reader, I married him. We spent twelve years in Africa and I became a writer for the Botswana Guardian newspaper and for British magazines with an interest in childcare issues. Later we bought a smallholding in Lincolnshire where I set up Wold School of English for international students. Since moving to Oxford, I have written Social Studies text books for Africa and short stories published by OxPens. I am working on my next novel set in Africa and North Wales.
Links:
Amazon

Thank you Heather and good luck with your writing career.

Thank you for a lovely interview, Heather x

A lovely post, Heather. Reading 'About Heather' it would seem you have a lot of material to work with

Fascinating post, Heather. You have certainly led an interesting life!

You certainly have a lot of material to work on in your writing, Heather! Looking forward to meeting you at the party.