We are delighted to welcome Joanna to the blog today to talk about her fascination with history. 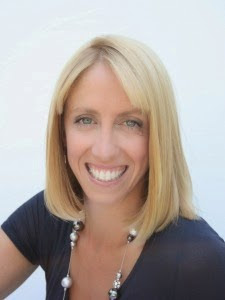 What fascinates me about history is the gaps between the dates – what the people, including the kings and queens, did on the non-headline days. In researching the rich and exciting Anglo-Saxon period I have often found far more gaps than dates and whilst for the earnest historian in me that is a frustration, for the cheeky novelist it is a joy to fill those gaps with my own imaginings.

The Anglo-Saxon Chronicle, our core primary source for this period, can happily cover a whole year of events in a single paragraph. In between the monks’ carefully and sometimes rather randomly selected events, however, were hundreds of men, women and children, getting up every single day – feeling warm or cold, eating, drinking, going to the loo, arguing with each other, falling in love, and getting every bit as shy, embarrassed, excited and nervous as we do today. In the evolution of mankind a thousand years is a tiny length of time and although social customs and day-to-day experiences were certainly different back in 1055, I refuse to believe that core feelings have changed much and it is that connection to the people of the past – to their minute-by-minute existences – that I wish to capture in my novels.

In every instance I have tried my best to stay within the boundaries of the known facts but it is not my intention here to create a history as much as an interpretation. I am certainly not saying that this version of Edyth’s life did happen, but I hope I have researched deeply and carefully enough to able to assert that it could have happened. There are several points in my story, however that people might wonder about, so here are a few more details on some of the key historical customs, moments, people and places.

About Joanna:
Joanna has wanted to be a writer ever since she could read. As a child she was rarely to be seen without her head in a book and she was also quick to pick up a pen. After spending endless hours entertaining her siblings with made up stories, it was no surprise when Joanna pursued her passion for books during her time at Cambridge University - where she combined her love of English and History by specialising in Medieval Literature.

Joanna continued to write through her first years of work and then, married and living in Derbyshire, in the sparse hours available between raising four children. She has written over 200 stories and serials published in women's magazines, some of which have been broadcast on BBC radio. Joanna has also won several fiction prizes and written and directed an award-winning play. She teaches creative writing across the country and for the Open University.

Joanna is fascinated by defining moments in history, of which the Battle of Hastings is certainly one. The outcome of that momentous day is one of the big 'what-ifs?' of England's past and she has loved being able to immerse herself in the world of the Anglo-Saxons, Normans and Vikings whilst writing The Queen's of the Conquest trilogy.

The Chosen Queen:
He looked like a king that day, Harold. Even in a simple bridegroom's tunic of darkest green he looked like royalty as he stepped up to take the Lady Svana's hand. There was no gold in sight, just flowers; no parade of bishops, just a smiling monk in a sack-robe and bare feet. There was no betrothal contract, no formal prayers, no exchange of lands or elaborate gifts, just the linking of hands joining two people for a year and a day. 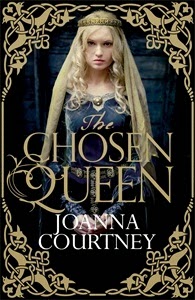 Edyth had said nothing but it had seemed to her then that Harold glowed when he was with his handfast wife and it was that glow, more than any gold or land or title that drew people to him. 'Love prefers to be free,' Svana had said and Edyth had carried that with her ever since. It had been her ideal, lit up by firelight and scented with meadow grass, and now, on the brink of womanhood, she craved such a passion for herself.

As a young woman in England's royal court, Edyth, granddaughter of Lady Godiva, dreams of marrying for love. But political matches are rife while King Edward is still without an heir and the future of England is uncertain. When Edyth's family are exiled to the wild Welsh court, she falls in love with the charismatic King of Wales - but their romance comes at a price and she is catapulted onto the opposing side of a bitter feud with England. Edyth's only allies are Earl Harold Godwinson and his handfasted wife, Lady Svana.

As the years pass, Edyth finds herself elevated to a position beyond even her greatest expectations. She enjoys both power and wealth but as her star rises the lines of love and duty become more blurred than she could ever have imagined. As 1066 dawns, Edyth is asked to make an impossible choice. Her decision is one that has the power to change the future of England forever . . .

The Chosen Queen is the perfect blend of history, fast-paced plot and sweeping romance with a cast of strong female characters - an unforgettable read.
Links:
Blog


Thank you, Joanna. We look forward to reading, The Chosen Queen.

Thank you Joanna, and good luck with your book. The cover is beautiful! x

Thanks so much Elaine. Cover all down to PanMac but they did a wonderful job and it's so exciting to finally see it on the shelves.
Thanks again for featuring me.
Joanna
x

Interesting book, thanks for telling us about it. Another book to add to my tbr pile.