Today we welcome Janice Preston to the blog. Janice is a contender for the Joan Hessayon Award 2015. 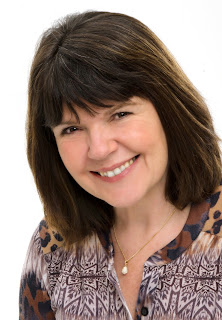 Congratulations on graduating the RNA New Writers’ Scheme, Janice. Can you tell us when you first decided that you wished to become a romantic novelist?
My childhood dream of being an author became lost in ‘real life’, apart from one attempt at writing a Regency romance in the year 2000 (I threw in everything—it ended up 165000 words!). Then, in 2009, I had a foot operation that prevented me driving or walking for several weeks and I began writing again from sheer boredom, beginning another Regency romance. The breakthrough came when I joined the RNA New Writers’ Scheme in 2012—I started to believe that early dream of mine was possible.

How many years were you a member of the NWS scheme and did you submit a different book each year? Which year’s book did you graduate with?
The Regency I started writing in 2009 was rejected by Harlequin Mills & Boon in 2011. Then, in January 2012, I joined the RNA and submitted that Regency to the NWS to find out what was wrong and how to fix it! I then used that assessment to help me write Mary and the Marquis, which was my second year’s submission, in 2013. I was offered a contract by HMB in November 2013.

How did you find your publisher?
Melanie Hilton (who was then the NWS organiser and who writes for HMB as Louise Allen) spoke to her editor on my behalf. As it happens, I had already pitched the unfinished Mary and the Marquis to that editor at the 2012 RNA conference, and she remembered me!

Promotion is a big part of an author’s working life. How did you promote your novel?
I promoted my novel online, through my new website and blog, and also on my existing Facebook page as well as setting up an author page. I shared links on Twitter and sent out a press release to local newspapers, two of which featured articles about me having my debut novel published at the age of 58. I don’t mind admitting that I find promotion a challenge, but I’m learning fast!
What has happened to you as an author since that first sale?
My second Regency romance for HMB, From Wallflower to Countess, was published in April 2015. I have signed a second two book contract with HMB and my third Regency (a rewrite of my first NWS submission, now titled Return of Scandal’s Son) will be published in October 2015. I won the Elizabeth Goudge trophy at last year’s RNA conference and I have also recently given my first talk as a published author.

How did you celebrate your first book sale?
My husband and I broke open a bottle of Champagne we had been saving for a special occasion, and what could be more special? 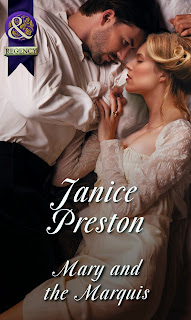 About Janice:
Janice Preston grew up in Wembley, North London, with a love of reading, writing stories and animals. She was a dairy farmer in Devon for twenty five years and, more recently, has worked as a police call-handler and a university administrator.
Janice now lives in the West Midlands with her second husband and two cats. She works part-time for a weight management counsellor, vainly trying to control her own weight despite her love of chocolate and wine.  When Janice isn’t writing she enjoys reading, gardening and the countryside. She also loves exploring old cities, and visiting museums and stately homes, always on the lookout for inspiration for her historical romances.
Links:
Amazon
Website

Thank you Janice and good luck with your writing career.
Posted by Unknown at 1:34 PM

Thank you for featuring me on the blog, Elaine!

Congratulations on being short-listed for the Joan Hessayon Award, wish you every success with your writing, Janice.

Congratulations on your graduation from the NWS, Janice! Looking forward to meeting you at the party.

Congrats, Janice. Great interview and a wonderful career start. See you at the party!